I speak openly about myriad ongoing collapses, regardless how others respond. Among the costs: Rumors of my insanity have spread beyond the institution I departed and throughout the nation’s hallowed halls. Apparently I’ve contracted a rare disease, which explains the insanity. I can only hope (i.e., wish) it’s not fatal. Further evidence I’ve lost my mind, according to former colleagues: My wife, refusing to live with a crazy man — and you’d have to be crazy to leave a tenured gig as full professor at the age of 49 — chooses to stay in Tucson.

A line from Hunter S Thompson comes to mind: “I wouldn’t recommend sex, drugs or insanity for everyone, but they’ve always worked for me.”

The single best word I can come up with to describe the response to my actions: sad. That the self-proclaimed intellectual elite in this country find simply unfathomable the decision to pursue morality over money is as sad as the wise ape finding itself in the midst of two dire fossil-fuel predicaments.

The moral imperative associated with abandoning imperial pursuits hasn’t caught on yet among my ivory-tower colleagues. Although this makes me sad, it comes as no surprise to me: In my experience, university administrators reward unethical behavior and punish people for acting ethically. Reflecting culture, universities are structured to generate financial wealth for those at the top of the pyramid.

Indeed, this propensity for the easy and hence immoral life, underlain by evolution, likely is the primary contributor to both fossil-fuel predicaments. We have trapped ourselves in civilization, thus in the cities. The results likely will be catastrophic for industrial humans, as they have been and continue to be for non-industrial humans and non-human species. After all, you know the line about the root of all evil, and you also know how Ponzi schemes turn out. 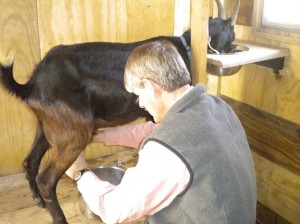 On the topic of Ponzi schemes, consider two seemingly disparate examples. A chain letter is illegal because early adopters steal from future participants under false premises. When this same phenomenon occurs at the level of a nation, it’s not called a Ponzi scheme. In that case, the relevant term is “good monetary policy.”

Let’s ignore for a moment the collapse of my ego and contemplate the other collapses, with my usual focus on the environment and the industrial economy. As I’ve suggested previously, if you think the latter is more important than the former, try holding your breath while counting your money.

On the topic of environmental devastation — the one that really matters, if we’re to avoid our own extinction — we have the federal government is hindering investigations in the Gulf of Mexico, even going so far as to crack down on science and scientists under the guise of homeland security and intimidate scientists who might reveal the truth. We wouldn’t want American citizens to know about massive fish kills. I suppose that’s better than ordering the assassination of U.S. citizens on U.S. soil, as the Obama administration now claims as a right of the executive branch. Consistent with governmental lies willingly ignored by the media, the feds refuse to investigate the events of 11 September 2001, the so-called date of infamy characterized by the mother of all coincidences.

The federal government’s response to citizen outrage is to quell the outrage and continue rewarding the companies driving it. Consider, for example, the Orwellian U.S. Department of Homeland Security tracking people who protest energy companies, then sending the data to the energy companies. Apparently my tax dollars are being put to good use: spying on fellow citizens to benefit Big Oil.

Bread and circuses aside, we’re on the verge of an international food crisis. In other cultures, food and water are free. In this culture, the financially wealthy are further enriched because we place our food and water under lock and key, and the key is given to the rich. Coincident with locking up the food, we’re also on the verge of an unprecedented dose of austerity plunging the planet into new financial, monetary, economic and social chaos.

Global climate change stands as a fine example of environmental collapse. On that front, climate scientists continue to equivocate, giving Glenn Beck and his ilk every opportunity further confuse a country filled with environmentally illiterate consumers. It doesn’t help that the all-star of the climate-change “movement” is Bill McKibben, who believes real reform lies in solar panels and wishing Barack Obama will take meaningful political action. But Obama know we’re running out of the lifeblood of civilization, so he’ll use any means necessary to secure black gold. Without cheap oil, as I’ve pointed out innumerable times, we cannot experience economic growth. Even Shell Oil admits we’re headed for an oil shock, although they put the timing far enough into the future than nobody will actually care. And please remember the Khazzoom–Brookes postulate: Energy efficiency and conservation cannot be used to solve this particular predicament

Further into the subject of environmental destruction, with a tad of human brutality thrown in, the Toronto Sun reveals what any sentient person already know about Afghanistan: It’s a worsening imperial disaster that threatens to take America into the abyss. Iraq might do the trick first, even without “combat” troops there (the non-combat troops look a lot like combat troops, though). Sandwiched between those two countries, Iran is beating the drums of war.

In short, the U.S. has lost control of its own destiny. That’s what the undulating plateau of oil extraction will do for a country wholly dependent on ready access to cheap oil. Even data provided by BP acknowledge we’ve passed the world oil peak, with no appreciable increase in extraction since 1998. Small wonder the industrial economy has suffered a lost decade, and is headed for Dow 2000 and the biggest bear market in three centuries.

Meanwhile, as if there remained any doubt, neoclassical economists have proven themselves uniformly worthless. Needless to say, American politicians, media outlets, and citizens continue to worship them, which is completely consistent with our inability to process reality.

After all, the recession is over. According to the economists, it ended in June 2009. I’m sure the boys at the unemployment office will be pleased to hear it. Lest you think it’s time to buy stocks, that particular market is stunningly overpriced, which helps explain why insiders are selling at 290 times the rate they are buying. According to Charlie Munger, Warren Buffett’s sidekick at Berkshire Hathaway, all you un- and under-employed losers need to suck it in. Yes, this is the same ultra-wealthy Munger who last week assured us there’d be more economic pain to come (though undoubtedly not for him) and seven months ago told us, with respect to the industrial economy, basically, it’s over.

Nietzsche’s maxim comes to mind: “What doesn’t kill me makes me stronger.” For me, here and now, it’s a race for my physical body, with the outcome seriously in doubt. For the living planet, the race is vastly more important, and the stakes couldn’t be higher: Can we pop the balloon called the industrial economy before it kills the remainder of living planet? How much longer will we trade food for fuel, imperial luxury today for starvation tomorrow, economic growth for a an overheated planet, and life for death?

This essay is permalinked at The Gable Grey.