When I write or speak about global climate change or energy decline — and often I do both, in the same session — I am often accused of “being negative.” I’m losing contacts on Facebook nearly as rapidly as the industrial economy is fading into the distance, thereby provoking messages from my friends calling on me to lighten up. (The other trend on Facebook: Some people add only Christians as contacts, which seems a little intolerant to me.)

The vast majority of people in the world still do not know about the most important issues in the history of our species. Apparently they prefer to remain ignorant. Not only do they not know what’s coming, they don’t want to know.

These are interesting times for lightening up. Every bit of news about the industrial economy — shockingly to neoclassical economists — is dire and growing worse. The stimulus money has run out, and Obama’s “recovery summer” is a complete bust. The Greatest Depression is proceeding apace, and even the mainstream media have begun to notice the rapidity with which things are falling apart between never-ending worship of their heroes in the fields of athletics and cinema, occasionally mixed with a story about somebody shooting somebody else on an overshot planet. Our immorality has insulted the living planet nearly to the point of complete environmental collapse and my readers are worried I will insult somebody about to toss yet another Molotov cocktail into the living, breathing web on which we all depend for our existence. I wouldn’t be surprised at chaos in the streets of every industrial nation by the end of this year as the economy implodes, and there is no doubt we will continue to foul the air, dirty the waters, and generally destroy every aspect of our planetary life-support system, so it’s difficult for me to understand the rationale behind toning down the message about economic collapse.

But, according to my email in-box, I’m about as sharp as a marble. So there’s a decent chance I’m merely clueless. 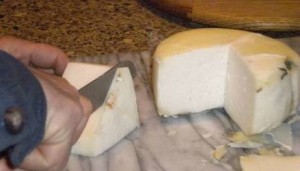 If you’re into that kind of thing, it’s hardly the time for thinking about making other arrangements. If you haven’t made the all-important first step of adjusting your outlook about the future, you’re about to become fodder for detritivores. It’s time for action, not sitting on your gluteus maximi, pontificating. If you’re still thinking about which seat to occupy before the movie starts, here’s a clue: the smoke you smell and the flames you see are not part of tonight’s film. The people pointing out the fire in the theater are not extras.

Others are being assailed to lighten up, too, if my email in-box is to be believed. After a little thought, I have a couple responses. Feel free to use them on your friends, and please let me know what I’m missing. Surely we can come up with many more responses to the claims of negativity.

With respect to global climate change, the facts are depressing. The only way around this reality is denial, so I understand why so many people spend so much time there. But for rationalists, the burden of reality is shouldered as one consequence of reason. In short we’re stuck with horrible facts on the climate-change front. However, I have a solution, as I am happy to point out: Terminating the industrial economy will allow the continued persistence of our species and many others. This tidbit of good news — the only solution, to my knowledge, to the global-change predicament — does not instantly convert listeners to my version of happy-talk optimism. This leads to the second side of the fossil-fuel coin, the one on which I’m deemed particularly negative.

The statement, “the end of cheap oil means the end of the industrial economy” is viewed as negative. My initial response requires no passion, except for passion about facts. Any rational person can be convinced of the following facts: (1) We passed the world oil peak, according to abundant evidence arising from models and data; (2) Spikes in the price of crude oil have preceded the last six recessions, with bigger spikes preceding deeper recessions; (3) The world’s industrial economy requires abundant supplies of inexpensive crude oil; (4) There is no politically viable solution to energy decline; and (5) Civilizations fall, doubtless including this one. These facts, which are not exactly rooted in faith-based junk science, do not make me pessimistic. Quite to the contrary, they give me great hope for our future. If these facts make you unhappy, or if they make you think I am stuck in negativity, I think this says more about you than it does about me. That is, if you view the facts as negative — and I don’t — I think that makes you negative, not me.

I agree we are headed for a future with fewer luxuries and fewer people. And this poses perhaps the greatest challenge we have faced as a species: Can we muster the creativity, courage, and compassion to see the living world make a comeback? And more importantly, will we? 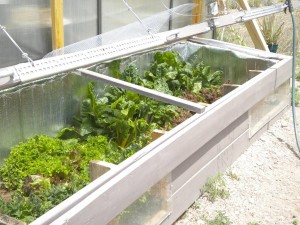 I won’t even bother pursuing the issue of morality. Anybody who has given a moment’s thought to the issue recognizes the industrial economy is immoral. We have a moral imperative to terminate the industrial economy, the apex of which is city living. But nobody views himself as immoral, regardless of where or how they live, so the moral imperative is ignored, along with the common good, in pursuit of contemporary conveniences for imperialists in denial.