The pages below are excerpted from the presentation I delivered to the Sixth Annual Gila River Festival in Silver City, New Mexico on Friday, 17 September. Click on one of the seven pages to view it. With apologies for the awkward format, click again to make it large enough to read. As always, questions and comments are welcome.

When I present, I divide into bite-sized pieces the slides with considerable text. For example, the first slide below labeled “Climate chaos” is presented in six parts, with a bit of text added to each new slide; herein, I include only the final slide in the series.

I rarely use written notes, much less a transcript, so what you see is what I saw when I was delivering the presentation. I was interrupted by several ovations (some standing, but only because I begged) and abundant laughter. When I’m nervous, I go straight to spontaneous stand-up. Later, I can’t remember a single humorous line, so every presentation is unique. At this point, I couldn’t tell you what I said, but apparently some of it was funny. I’m pretty sure they were laughing with me instead of at me, but one can never be certain.

I visited with several people after the presentation. They liked it, of course, or they wouldn’t have stayed to visit. Reaction generally (very generally) varied with age. However, all age groups failed to recognize we’re already in the midst of economic collapse, that we’ve been here for at least a decade, or that the collapse would be complete soon. Similarly, all age groups failed to appreciate the moral imperative with how we live our lives. Many youngsters from the Aldo Leopold High School were present, and they invariably went to the bargaining phase: I can still have my cell phone, right? People older than me typically went to denial: I’m glad I’m old, so none of this will impact my life. People between those groups expressed appreciation for the human community in this area and disdain for politicians, local through national, for failing to deal with either side of the fossil-fuel coin. 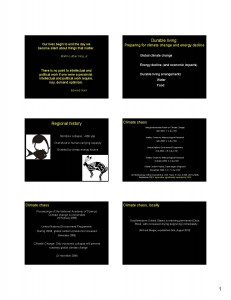 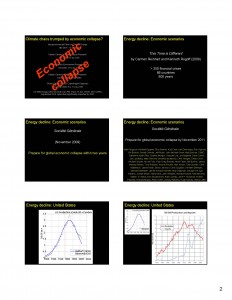 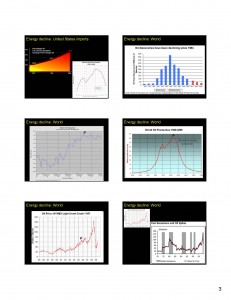 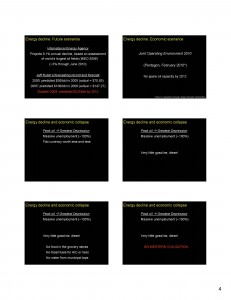 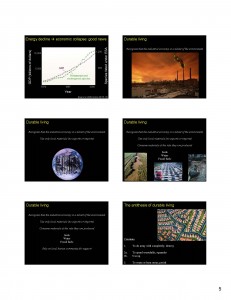 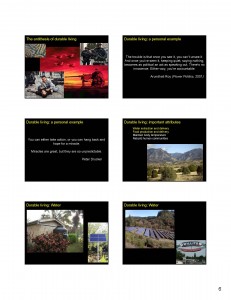 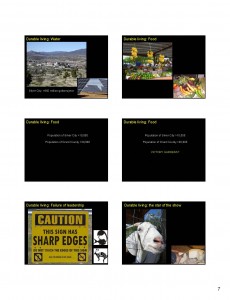 A pdf version of the Powerpoint file is archived here, courtesy of Keith Farnish. Thanks, Keith!