We are all Tea Partiers now

Members of the Tea Party take a lot of heat, and justifiably so, for blatant hypocrisy. They want the government out of their lives, and they want to retain all the benefits of Empire.

Who doesn’t want the government out of his life? And yet, who wants to give up the safety nets of Empire? Who wants to terminate the oppression-abroad approach we employ, merely to generate self-reliant, resilient communities? Who wants to trade life in a cubicle for a life of hard work? 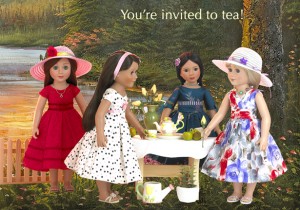 Consider one example from among hundreds. The wars in Iraq and Afghanistan are horrific by all accounts. We are the “reluctant” occupiers, forced to play cop in a world run amok. Or maybe we’re the ones running the world amok with our perpetual wars. Maybe if we cease playing Conquistador the world will be a more peaceful place. If so, we should cease occupying these and other countries. Most self-proclaimed liberals agree that we should withdraw our troops (instead of the current approach, which means claiming to withdraw them).

But if we withdraw, we won’t have access to enough oil and other “resources” to run the U.S. industrial economy. In fact, without an industrial economy based on war, unemployment would skyrocket. I’m betting most self-proclaimed liberals wouldn’t like that outcome any better than the ongoing occupation of foreign lands. We are all Tea Partiers now.

A line from Frederick Douglass comes to mind: “Those who profess to favor freedom, and yet depreciate agitation, are men who want rain without thunder and lightning.”

This essay is permalinked at Counter Currents, Running ‘Cause I Can’t Fly, and International Movement for a Just World