Theater of the absurd

En route to Tucson for a two-day visit last month, I retrieved my mail from the local post office. Included was one of the few Christmas/New Year letters to appear this year. Apparently you have to write them to receive them, and in this case it was a form letter from a long-time friend and colleague. The opening line took me aback: “Especially considering the political strife and random unexplainable (sic) violence of the past year, we find ourselves feeling incredibly blessed …”

Wow. Apparently this particular professor hasn’t been paying attention to the news. Or perhaps she is plagued by the sentiments of James Baldwin, the American novelist, essayist, playwright, poet, and social critic: “Precisely at the point when you begin to develop a conscience you must find yourself at war with society.” Being at war with society is a tough sell for a university professor embedded within and dependent upon the current version of society. After all, this is the society that brings her blessings, courtesy of American Empire.

Thinking of my friend and her predicament brings to mind Loren Eiseley, the American anthropologist, educator, philosopher, and natural science writer. Because of Eiseley’s intense and poetic writing style, and his focus on nature and cosmology, he was not accepted or understood by most of his colleagues. “You,” a friend told him, “are a freak, you know. A God-damned freak, and life is never going to be easy for you. You like scholarship, but the scholars, some of them, anyhow, are not going to like you because you don’t stay in the hole where God supposedly put you. You keep sticking your head out and looking around. In a university that’s inadvisable.”

The violence is “random, unexplainable” only if you’ve been living under a rock for a very long time. The violence visited upon countries in the Middle East and northern Africa by the current war criminal in the Oval Office — fully supported by my long-time friend — is all about the Carter Doctrine (i.e., the world is our oilster). Even the mainstream media have outed Obama as a war criminal, but he doesn’t care enough to change policy (and there’s no need, with supporters like my friend backing his every vile maneuver).

I don’t know if my friend’s car sports the “Obama for Peace” bumper sticker seemingly required for self-proclaimed liberals in this country. As with anybody who believes Obama is promoting peace, she’d better not poll the citizens of Iraq, Afghanistan, Libya, Pakistan, Yemen, and Somalia (and doubtless other countries bombed by the current commander in chief).

Even Obama’s choice for Secretary of Defense, Republican Senator Chuck Hagel, once admitted the truth to law students: “People say we’re not fighting for oil. Of course we are. They talk about America’s national interest. What the hell do you think they’re talking about? We’re not there for figs.”

The line echoes in my head all the way to Tucson: “political strife and random unexplainable violence.” It’s as if I’ve seen a twenty-car pile-up on the Interstate highway. There’s blood on the Christmas gifts. But in this case, the blood isn’t merely on the packages. It’s on our hands. Looking away, as my friend chooses, doesn’t make the blood go away.

Maybe, instead of looking at the violence our military carries overseas, my friend was referring to the lack of violence she perceives here in the homeland. Unable to wrap her mind around the “obedience at home” mentality required by police state America, perhaps she subconsciously replaces contemporary evidence with an idyllic image from her youth. The image was incorrect then, too, but she was too young to understand America as a rapacious empire. At this point, she’s old enough to know better. If she lived in Houston or Miami, her cries to support the troops would be overwhelmed by the gunfire and rotor blades as U.S. military helicopters conduct drills. Hell, even her beloved New York Times asks the question: Who Says You Can Kill Americans, Mr. President?

The line ricochets in my skull: “political strife and random unexplainable violence.” Like most professors, she’s a cheerleader for empire, unable to question the costs of imperialism. In financial terms alone, these costs run between $22 billion and $250 billion annually (maybe more). But we’re so deeply in debt we’ll never climb out, even if we believe the fiction of U.S. debt in the few tens of trillions of dollars.

But money is the least of the costs. After all, we simply print the world’s reserve currency in the greatest Ponzi scheme of all time. The truly significant costs include the U.S. occupation of Africa, which will tally 35 nations later this year. Well, 35 the Department of Defense admits to occupying. Only five years after AFRICOM was established, the occupation of Africa is complete.

Obama’s drone wars are sold to a adoring citizenry under the guise of minimizing American deaths because they spare sending our troops into combat. Collateral damage from the drones accounts for 49 of 50 kills in Pakistan, but Americans can’t be bothered with the details. Never mind the Orwellian double-speak from the President himself: “there is no country on earth that would tolerate missiles raining down on its citizens from outside its borders.”

Meanwhile, lawyers in the U.S. Department of Justice (sic) claim drone targets receive due process, but they won’t say how. And Americans simply don’t want to know. “Liberals” such as my friend and purported scholar keep listening to NPR (National Propaganda Radio) as it leads the cheers for imperialism.

I thought good news was on the way when I read a headline: “The First Prison Sentence Related to Gitmo Torture ….” Then I finished reading the headline, and the story. Sickeningly, the first person sentenced for torture at Guantanamo Bay was a whistle-blower hunted down by the Obama administration because he spoke out against torture at the facility Obama promised to close throughout his initial campaign, and several times after he took office.

At this point, any reasonably literate person can see the whole story as it unfolds in slow motion. In this country, we initiate terrorism to create terrorists to overthrow governments. And then, the president moves to make war on terror permanent. It goes around and around, the tail chasing the dog and Americans seeking every opportunity to look away. A movie was created about it, nearly four decades ago.

My penalty for the intellectually torturous three-hour drive was landing in Tucson for two days. Any city, epitomized by the one that imports its water from more than 300 miles across the desert — uphill, no less — drives me further down the path of crazy. It doesn’t help that my friends and colleagues in the Old Pueblo find themselves “incredibly blessed” (aka willingly blind) or that they find me a “God-damned freak” (maybe they’re not so blind, after all). Given a choice, I wish I could un-see most of what I see.

Blazing Kat Productions has been creating and broadcasting episodes about the Occupy movement for more than a year. They’ve run out of money, primarily because the U.S. government has stopped the flow of funds into Iran, where the OWS Weekly station is broadcast on Press TV. I’ve given them significant support, and I ask readers here to do the same. There is a “donate” button toward the bottom of their home page.

My monthly essay for Transition Voice is available at this link. It’s slightly adapted from an earlier essay in this space. 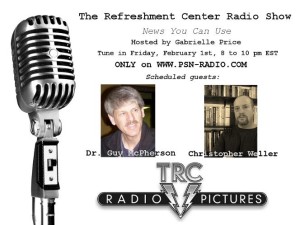 My email in-box has spoken with a clear voice, and I agree. Please terminate the ridiculous comments, especially if you’re posting several times daily. It’s bad enough to feed the trolls here. It’s much worse to be the trolls here. If you find it too difficult to maintain civility in the comment space, please stop commenting.