A Response to My Critics and Further Adventures in Ecuador

I continue to receive abundant criticism for driving an automobile and taking flights on commercial airlines. These critiques obviously originate from caves to which water is carried via gourd from the nearby stream and the only meat is derived from insects.

As I’ve explained for many years, I will gladly stop participating in fossil foolishness when these enterprises reach their overdue end. If my lack of participation in these activities would terminate car culture and airline culture, I would’ve stopped years ago. Actually, I did, for about two years. Sadly, the beat goes on.

Conservation is largely irrelevant, as explained by Jevons’ paradox, the Khazzoom-Brookes postulate, and reality. Not surprisingly for people born into this culture, the irrelevance is lost on the culturally conditioned masses. Indeed, conservation in this culture is another attempt, among many, to bring austerity to the masses. Perhaps you could join me in driving up the price of oil instead of furthering civilization by doing the opposite.

On my recent travels, airplanes with empty seats were in the solid majority. The airline death spiral continues.

My power to induce change is, to quote Kurt Vonnegut, “like a banana cream pie three feet in diameter dropped from a stepladder four feet high” (my power continues to make such a difference). Yet, driven by my inner teacher, I foolishly forge on. The quest costs money, of which I have little. It attracts deniers and trolls, of which I’ve attracted many. Contrary to the lunacy I’ve heard and read, I’ve no motive beyond the evidence and no desire to see our species driven to extinction.

Scientists put their ideas on display. They expose their concepts, hypotheses, and forecasts to scrutiny, specifically to further discussion. As with other scientists, my ideas are intended to reach a large audience, specifically to expose them to critical review.

With respect to my prediction of near-term human extinction, I’d love to see evidence refuting my conclusion. Thus far I’ve received only disparaging comments and ad hominem assaults. I’ve yet to see anybody launch a rational attack on the evidence, although disparagement of me and several other scientists continues unabated. When the science cannot be refuted, the obvious step is to attack the scientist’s credibility.

As nearly as I can distinguish, these attacks primarily originate with city dwellers. Launching their attacks from the source of the predicament, these critics fail to acknowledge their own complicity while basking in the belly of the carbon beast. Sucking at the teat of empire, they cannot grasp how their comforts could possibly be viewed as detrimental. Yet subsidies allow them to remain car-free while they occupy inexpensive houses heated and cooled with inexpensive electricity, drink inexpensive water piped into their homes, eat inexpensive food in neighborhood restaurants, and pay a pittance to have various sources of waste hauled away from their tender eyes and noses. When asked, most of these folks claim they’ll do something when it matters. Something important, no doubt, like recycling.

But I digress. On the topic of evidence, please consider, for example, the overwhelming evidence regarding the firing of the clathrate gun. Critically important papers have appeared in Science, Nature, Geophysical Research Letters, and Global Policy, as well as from NASA’s CARVE project, but there has been no general scientific acceptance and reporting of this major phenomenon.

The notion of near-term human extinction is anathema to mainstream climate scientists, including the likes of James Hansen and Michael Mann, among the most famous climate scientists in the world (links for all the following statements can be found in my climate-change summary and update). Paul Beckwith, for example, forecasts 6 C temperature rise within a decade and 16 C temperature rise within two decades but distances himself from the notion of human extinction. An engineer and physicist, Beckwith apparently doesn’t realize human animals require habitat to survive. A quick peek into my email in-box indicates Michael Mann — among the most revered climate scientists in the world — was unaware that a 1.95 temperature rise is guaranteed with collapse of industrial civilization until I brought Clive Hamilton’s 2013 analysis to his attention. He still clings to the idea that 2 C is the ecologically important threshold we must not cross, contrary to 24-year-old information from the Advisory Group on Greenhouse Gases. James Hansen, perhaps the only climate scientist more famous than Mann, only recently realized 1 C was the threshold not to be crossed, and he still promotes nuclear power plants, even though they are known to be carbon-generating environmental disasters. Apparently enabling our addiction to electricity is more important than slowing the omnicide generated by industrial civilization.

The train not only left the station, it fell off the trestle. Now we’re simply contemplating who gets the best view before the train hits the bottom of the rocky canyon. According to David Wasdell’s May 2014 analysis, which includes a critique of the IPCC’s ongoing lunacy, “equilibrium temperature increase predicted as a result of current concentration of atmospheric greenhouse gasses is already over 5°C.” I see no way for humans to survive such a rise in global-average temperature, and it’s baked into the proverbial cake.

If only I’d offer a civilized path forward, I’d be popular. If I promoted false hope, contrary to abundant evidence, I’d be able to make a living by speaking in public to sold-out crowds. If I’d finish each presentation with three tasks everybody can pursue, I’d be featured on the mainstream nightly news. Alas, no dice. Evidence is priceless.

In the spirit of all the scientists promoting their own careers, here’s my list of three relevant tasks to pursue to solve our climate-change predicament:

1. Don’t just do something. Sit there.

2. If you care about the living planet, take steps to terminate industrial civilization.

The video embedded below is derived from a presentation I delivered in rural Ecuador on Friday evening, 16 May 2014. The video was shot and edited by Pauline Schneider. You can support Pauline’s work by clicking here.

The trip to Ecuador brought mixed feelings. The natural beauty is stunning. The dependence on industrial civilization is, too. Ecuador has access to sophisticated technology and infrastructure, including hydrofracturing and refineries. Even small villages rely heavily on modern, truck-based importation of food and other “necessities” for everyday life. Contrary to the typical Western approach, most Ecuadorian people with whom I interacted are content to pursue joyful, simple lives rather than an abundance of money. Sadly, though, there is little evidence that many of these people will survive collapse of American empire (for example, their official currency is the U.S. dollar, and typical billboards tout the same two soft drinks battling for American mouths).

Guy’s Collapse Talk in Ecuador from Pauline Schneider on Vimeo. 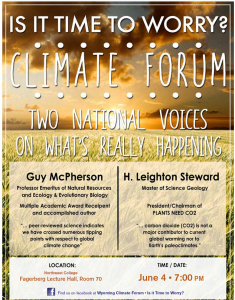