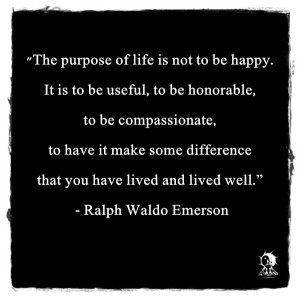 At the university so many years ago, I was asking students to think. I was imploring students to ask questions. High standards for myself and others were not appreciated within the culture of mediocrity promoted by university administrators (a minor subset of the culture of mediocrity promoted within the entire set of living arrangements). As a result, the first administrative act of my final department head — who was hired specifically to make my life sufficiently miserable that I would depart — was to ban me from teaching in my home department.

After a few years of teaching poetry in the Honors College and several incarceration facilities, I made my ill-fated stand. I left active service at the university, of my own volition, to create a homestead on property my wife and I share with another couple. During my final year on campus, I was named Honors College faculty of the year.

The homestead was amazing within a couple years. Water comes from two solar pumps and a hand pump. Contrary to Internet-based rumors, we are in no danger of running out of water: The nearby Wilderness Area serves as the headwaters for a very shallow water table that has been stable for more than a century. Food is provided by extensive gardens and an orchard and, for a few years, from chickens, ducks, turkeys, a goose, and goats. Body temperature is stabilized by an off-grid, straw-bale house. The human community is the most positively amazing I’ve experienced in 55 years spent in numerous cities and towns.

Retirement didn’t suit me. I couldn’t stop working. I was never satisfied with my work. Paradoxically, high standards for myself and others led to adverse interactions in my personal life, which increasingly intersected with my unpaid professional work.

Although the pursuit of happiness is ridiculously acknowledged as a universal right for citizens of the country I inhabit, its acquisition is quite another matter. Happiness has largely eluded me. I suspect I’ll not find it before I reach my personal expiration date.

It seems the Constitutional guarantee is precluded by my own constitution. The irony is not lost on me. More importantly, the feeling of joy — a deeper, more persistent sentiment than happiness — has slipped through my grasp. Again, the irony is rich, particularly in light of my overarching message.

I’m posting below, verbatim, an essay from April 2008. It reflects my naive perspective and my ill-considered hope from that time. The title of the current essay matches the title of this one from more than seven years ago.

I love the Socratic aspect of academia, and it’s the part I do best. I supervise nine independent-study projects this semester, with a total of ten students. Most of them have spent a weekend at the mud hut, or soon will. Indeed, I’m just back from the mud hut, where I spent the weekend with one of the students, the poet in resident at the renowned University of Arizona Poetry Center. He called the trip “transformative.” I meet regularly with all the students, probing and pushing until they do more and better work than any of us thought possible. Ditto for the small, hard-working herd of graduate students I advised and mentored during two wonderful decades.

It’s a good thing I love highly individualized projects, because my department head banned me from teaching in my own department when she arrived two years ago. One of her very first actions was to prevent me from teaching a class I created and then taught for ten years. Apparently students were learning all the wrong things. Instead of focusing narrowly on production of livestock and other amenities critical to human well-being, thereby training students for jobs, I was educating them to lead lives of excellence. As you can imagine, the university administration put a stop to that nonsense.

If you’re keeping score, training is for dogs. Education is for scholars.

Then, of course, there is my scholarship, which has been reviled by my college dean and university president for years. My open letter to the president, which appeared nearly a decade ago in the morning daily because he wouldn’t respond to my individual requests, got his attention and helped save the final, tiny patch of desert in the center of campus from red pavers and fountains (the fountains, which were installed nearby, were turned off earlier this year as a cost-cutting measure). The situation has since eroded, while spreading well beyond the university president. I just kept asking the hard, but obvious, questions and, in exchange, I kept getting kicked in the head. Consider this exemplary exchange, in which I pointed out the dire state of our energy situation (albeit before it became apparent to the masses), to which the dean responded with “he’s not one of us,” and I forced him to admit his error (in return, I let him keep his job and I let the university keep money in their litigation coffers).

And finally, there’s my embarrassing outreach. Imperialists would rather ignore important issues than address them in a constructive manner. And there’s no denying the imperialism of typical administrators at any Research I university. Or, for that matter, the honesty and integrity of the typical inmate relative to the typical administrator. Why, the administrators plead, would I bother to work with criminals when I could be doing important work, such as justifying livestock on public lands and otherwise promoting imperial ambitions? Never mind that, last year, the United States became the first country in history to incarcerate more than one percent of its adult population. And it’s working so well, wouldn’t you say? By nearly every measure, we’re spending more and getting less from our “justice” system than any other country (well, okay, we’re not getting less violent crime … but less of the good stuff, if not less of the bad).

Teaching? I’m doing the best work of my life. Scholarship? Likewise. Outreach? Ditto. Obviously, it’s time for me to move along.

I never thought I’d give in. I thought I’d be holding administrative feet to the proverbial fire, forcing deans, department heads, and presidents to do right until the whole thing fell down. Illegitimi non carborundum: It’s been my rallying cry for 15 years, since one of my beloved graduate students explained the phrase to me.

Alas, the bastards wore me down. And, finally, out. My last day on the taxpayer dime will be 1 May 2009, twenty years to the day after I was hired. Fittingly, 1 May is a day of celebration for labor and laborers throughout the world. My department accepted my resignation with considerable glee, and the university granted me emeritus status so I can keep working for free. Stunningly, they didn’t offer a gold watch.

Perhaps I’m cutting off my nose to spite my face. But, as my brother points out on his blog, that’ll make it easy for me to stick my head up my butt. And I can assure you I’m terrified. As I abandon the ship of empire for my lifeboat, it’s difficult to see anything but choppy seas between here and the distant horizon.

In an apt twist of fate, the Dow Jones Industrial Average started its current four-week rally the day I gave notice. That’s the power of one: I’m saving the industrial economy all by myself.
Next up: organic gardening at the mud hut, sans money. We’re all headed there soon enough.

Upon request for Nature Bats Last on the Progressive Radio Network, I provided an explanation for those looking to introduce abrupt climate change. It’s below.

We are in the midst of abrupt climate change, which will soon obliterate habitat on this planet for our species. This event has precedence in Earth’s history, and it’s irreversible at time frames that matter for humans. Civilization is a heat engine, and the planet is about to overheat. Our species, like all others, will go extinct. It’s later than you think. I’m not suggesting we “give up” in the face of certain death. I am, however, indicating that birth is a sexually transmitted disease that is lethal in every case. We all die. What matters now is how we choose to live. That’s always been the case, although we often lose track of the urgency.