I’ve pasted below, verbatim, an essay I posted in this space on 11 November 2011. The current essay bears the same title as the one from way back when. First, though, consistent with my recent strategy, I’ve added a few introductory words and an embedded song. And, in this case, I’ve added a few links before everything else.

As always, the schedule of topics for forthcoming episodes of the radio show is posted beneath the tab at the top of the page titled, “Radio Archive and Recent Video.” Please help us out, especially with episodes that focus on criticism of so-called climate scientists.

I’m scheduled to deliver a webinar at 1:00 p.m. Eastern on Wednesday, 27 January 2016: The Twin Sides of the Fossil-Fuel Coin: How Net Energy Decline Interacts with Abrupt Climate Change

Please note that I’ve deleted the long, often-updated climate-change summary and update from the regular posts and put it within a tab at the top of the page. It can be read in three parts, and comments are no longer allowed. Big thanks to Niels van der Wolk for his work on this revision.

A beloved friend recently mentioned the horrors of collapse for people living in rural areas. A city dweller with excellent skills in both thought and argumentation, she has great faith in her neighbors within a city harboring more than a million people.

I trust few people with my life. Although people accustomed to delivery of water, food, fuel, and other conveniences can be found throughout the over-developed world, those who feel entitled to such deliveries are most likely to be found at the apex of imperialism, the overcrowded cities where human life depends upon conquest for the sake of convenience.

Who is more self-reliant, the urbanite or the country dweller? Who is nearer potable water and food? Who is better suited to face the rigors of outdoor life, and up-close death?

I’m well aware that takers can be found nearly everywhere in the civilized world. In my experience, leavers are largely restricted to rural areas. Within a living arrangement that encourages sociopathy, such as industrial civilization, the dysfunction is naturally greatest where the herds are maximally concentrated.

I’m not suggesting clean country living will insulate rural dwellers from completion of the ongoing decline in industrial civilization. Nor will rural folks persist long after habitat for humans vanishes from Earth. But some deaths are more palatable than others, at least in advance. In theory. In my mind.

If I’m to die at the point of a gun — and thanks for the frequent recommendation, but I have no such aspirations or inclinations — I’d prefer my own gun to that of a neighbor. On this point I agree with Antonin Artaud in his 1925 book On Suicide:

If I commit suicide, it will not be to destroy myself, but to put myself back together again. Suicide will be for me only one means of violently reconquering myself, of brutally invading my being, of anticipating the unpredictable approaches of God (sic). By suicide, I reintroduce my design in nature, I shall for the first time give things the shape of my will.

I did not argue with my friend. With friends, I try and often fail to opt for kindness over correctness. And I could be wrong, as has happened many times before. If I’m right, may her delusion serve her well. While it can. Until it can’t. 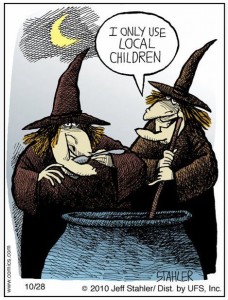