Harvard evolutionary biologist Stephen Jay Gould named his book for the film starring Jimmy Stewart. The book’s title and the quote above refer to the spectacular odds against Homo sapiens ever appearing on the planetary stage. The improbable, arbitrary events leading to our speciation and continued persistence are truly remarkable.

Humans never evolved to survive past 30 years or so. Individuals died from such inconveniences as disease, famine, and tooth abscesses. Our brains remain Neolithic and apparently are running at less than 10% of capacity. Cultural evolution outstrips natural selection even as our gravest problems are rooted in an ever-changing multicultural civilization always on the brink of its own demise. We have ground the living planet into dust in pursuit of greed and longevity. The goal: continued opulence. The outcome: near-term extinction. The customary response: surprise. After all, we consider ourselves supremely special.

With respect to odds and accidents with our species, so too with individuals. I frequently quote evolutionary biologist Richard Dawkins with respect to the improbability of DNA coming together to comprise the bag of water we call ourselves: “In the teeth of these stupefying odds it is you and I that are privileged to be here, privileged with eyes to see where we are and brains to wonder why.”

Obviously, I concur. And the same sentiments apply to my life, too. If you’re averse to self-indulgent stories by me, about me, you’ll do well to stop reading now.

I was born into the captivity of civilization, although I failed to see the bars on the cage for many years. Stories from my early years had my parents longing for the day they’d earn $6,000 per year. We’d have it made!

I was fortunate to be born during an age of economic expansion, in 1960 in the United States. The privileges I’ve enjoyed as a Caucasian man are truly astonishing and largely undeserved. As I’ve pointed out a few times in this space, people who look a lot like me accrue privileges like horse dung collects flies.

I tried to die a few times. My continued persistence certainly isn’t my own fault, considering the mistakes I’ve made. Then again, I’m amazed so many people survive their teen years.

College expenses were covered by scholarships and summers on a helitack crew. Graduate school meant lighting prescribed fires rather than suppressing wildfires. Today’s blazes are intellectual, and much hotter than the earlier ones. Water and dirt doused the actual fires. Reason, regardless how strong, is ineffective on contemporary cauldrons rooted in denial.

Shortly after receiving my Ph.D., I grabbed the brass ring offered to me. Faster than expected, I became a professor at the age of 28 years. Continuing the trend, I became one of the relatively few people in history to earn a full professor position at a major research university before the age of 40 years.

My career was unexpectedly meteoric, partly because I was talented and able to identify and exploit my talents. And mostly, if I were to hazard a guess, because I am a Caucasian man.

During my early days in graduate school I married a wonderful woman. We were both 23 years old. Twenty-six years later, I willingly left the job I loved on the basis of principle and moved to the rural countryside. There I spent our hard-earned savings on a homestead. It thrived. I didn’t.

The principled move away from the apex of empire destroyed all my valued relationships, including those with family, friends, and colleagues. A primary goal underlying my move was to allow many more years together with my beloved partner, but more than three years at a distance irrevocably tore us apart. I’d failed to attend to her happiness, and therefore lost my own. She generously supported me and my work long after others denigrated both.

We were together more than 35 years, far short of the forever we had in mind. In this culture, such longevity is hailed for its success. Why, then, has the pain of failure crept into my leaden heart?

Along the way, I’ve been kind to individuals, although not as kind as I would have liked. And certainly not as kind as they would have liked. I’ve been patient, especially with people I barely know. My failure to change society’s horrific course has haunted me through the years, as my inner teacher has overridden my Buddhist tendencies. Paradoxically, I’ve been simultaneously joyous and haunted by the contents of my mind.

I’ve demanded institutions do right, even when institutional representatives claimed doing right was too expensive or would set a bad precedent. Such unwavering commitment to principle is a primary reason I no longer work on campus. I’ve continued to observe the horrors of the industrial economy, commonly pointing out that the world is becoming a worse place every year, contrary to the perspective of my purposely ill-informed peers. 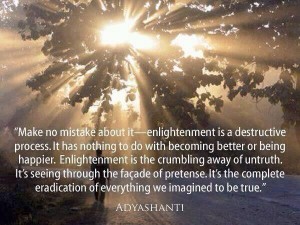 I’m a witness. In bearing witness and reporting the horrors, I don’t fit into the dominant culture.

My increasing radicalism turned me into a pariah. By the time I was 19 years old, I came to view awareness not as a gift, but as a curse. 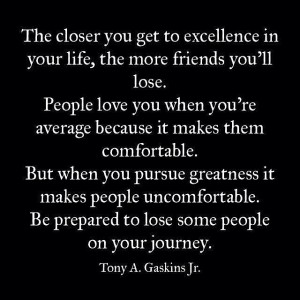 I pursued excellence, and insisted my students to the same. As I told each of them, repeatedly, the correct choice is nearly always the most-difficult path. Choosing right action is costly, and is generally punished by society. Penalties continue, many years later, for my own principled actions. I understand why most people choose to live and promote a life based upon lies.

If my former students are to believed, I changed the lives of many students, one life at a time. I learned from them, and they from me. Such a humble approach, including my teaching and modeling of anarchism in my classrooms, led to my early exit from university life.

I was influenced by the words of Edward Abbey, although I never met the man. Abbey the desert anarchist influenced my work in the classroom, where I required each of my students to complete a significant piece of art or literature as a major part of their grades. Consider Cactus Ed’s sentiments about the intersection of poetry and science: “Any good poet, in our age at least, must begin with the scientific view of the world; and any scientist worth listening to must be something of a poet, must possess the ability to communicate to the rest of us his sense of love and wonder at what his work discovers.”

As a result of my integrative efforts, my science-minded peers denigrated my efforts in the classroom. My art, notably my simple writing, was and is worthy of insult, but it rarely receives sufficient attention to attract the animus of critics.

I long ago declared myself a court jester, somebody who would comfort the afflicted while the world burned. I am occasionally referred to as a “large child,” and I assume the comment is a compliment.

Ultimately, I largely failed to accomplish my goals when I made the transition from academia to homesteading and then to the realm of public speaking. After I tossed away the brass ring, my income and quality of life spiraled down, at least as commonly measured. I discovered that, as the expression goes, freedom isn’t free. As with many artists, my adherence to principle led directly to poverty. Unlike my earliest years on Earth, this time I’m aware of the poverty (and also the bars on the cell). The lack of money precludes activities I’ve long taken for granted, including eating well and driving short distances to visit friends.

I’ve been giving myself away so long, there’s almost nothing left. A shadow of what I used to be, I miss what’s disappeared. In the short time we’re here, it’s what we do that makes us who we are. I’m not proud of numerous things I’ve done, although I’m not ashamed of who I’ve become.

Given a non-existent choice, I’m certain I would choose a different path. Giving up enormous privilege comes with enormous cost, and truth-teller isn’t an easy job. Upon reflection, it could’ve been better. And it certainly could’ve been worse.

On the other hand, I’m relatively free. Unshackled by the straitjacket of culture, I am never censored by institutions and rarely censored by myself. My words are virtually unfiltered by a culture gone terribly awry. I live where I want in a manner of my own choosing. In the historical sense, I pursue a life of leisure, as I did during my years on campus: I choose the work I do.

A relatively new concept, a product of civilization, money isn’t a worthy pursuit for any of us. It seems my disdain of fiat currency has led to a largely money-free existence, for better and for worse. So far, the going up is worth the coming down. Life’s been good to me, so far.