At the request of NYC Extinction Rebellion, I testified to the New York City Council Committee on Environmental Protection on Monday, 24 June 2019. The proceedings were video-recorded here, with my testimony beginning at the 3:29:15 mark. Alternative, you can view Tim Bob’s version, embedded below.

I was promised five minutes. Due to the number of people wanting to testify, the committee reduced the time available to each speaker to four minutes about halfway through the proceedings. I responded poorly on short notice, and my spoken testimony never arrived at the primary point I wanted to make. As a result, a written version of my testimony, which was provided to the Committee, is copied below.

Thank you for the opportunity to address the Council’s Committee on the topic of Resolution 864. The topic under discussion is the most important in the history of our species. We face a stunningly severe existential risk that is routinely ignored or downplayed by governments, the corporate media, and paid climate scientists.

I am Guy McPherson, professor emeritus of conservation biology at the University of Arizona. I began my tenure at that University in 1989. I was granted tenure and promoted to associate professor, and then full professor, earlier than is customary. I am one of the relatively few people in history to achieve the status of full professor before turning 40 years of age. My lengthy resume is replete with scholarly publications, including dozens of peer-reviewed journal articles, the “gold standard” by which the process of science creates reliable knowledge. I received the highest awards given by each of the two transdisciplinary colleges at the University of Arizona, and I was granted the honor of emeritus status upon declining further paychecks from the university at the young age of 49 years. To stave off boredom during these two decades, I also served as a faculty member at the University of California-Berkeley, Southern Utah University, and the tiny liberal-arts school, Grinnell College.

But this isn’t about me. We are meeting here today to discuss the most important topic in human history.

I left active service in the academy more than a decade ago to set an example. I stepped away from the monetary system, which I knew was driving anthropogenic climate change and also the worst of the Mass Extinction Events on Earth. I hoped that many people would follow my lead as I lived off-grid in a straw-bale house, secured my water supply with two solar pumps and a hand pump, grew a vast majority of my food, defecated in a bucket, and contributed to the creation of a decent human community. These actions seemed like great sacrifices at the individual level. They did not produce the desired outcome, in part because the sacrifices did not “scale up” to the level of society.

There are several paths by which we could abruptly lose habitat for humans throughout the world. Habitat loss is already driving refugee crises in the Middle East, northern Africa, the South Pacific, Central America, and within the United States. The refugees attempting to cross the southern border of this country are not seeking a vacation to Disney Land. Rather, they are seeking a means of survival for themselves and their families.

How shall we act in the face of the greatest existential threat our species has ever encountered? The approach offered by Extinction Rebellion is to declare a climate emergency. This approach has been adopted by several government entities around the world. It is a fine starting point.

If declaring a planetary-scale emergency is the starting point, what follows? Where do we go from here?

If we are all going to die – and we are – then how shall we proceed, as a society? If our species is going extinct in the near future – and it is – then how shall we proceed, as a community? These are the two critical questions I pose to you today. These are the important questions I would like the Council, and all of us, to ponder during the coming days and weeks.

How we respond to these two questions defines our humanity. Is there a better measure of our character than how we face our individual death and the demise of our species?

I’m here to ask these questions. Unlike Socrates, I’m here to do more than ask difficult questions: I will also propose a response. Before I reveal my response, I would like to read a short passage from Viktor Frankl’s 1946 book, Man’s Search for Meaning. Written shortly after Frankl was a prisoner-of-war in Nazi Germany, Man’s Search for Meaning was published. It has inspired millions of people, including me.

“Between a stimulus and a response there is a space. In that space is the power to choose our response. In our response lies our growth and our freedom. The last of human freedoms is to choose one’s attitude in any set of circumstances.”

I would add that we can choose not only our attitude, but also our actions. Again, what better measure of our character than how we respond in the face of impossible odds?

I support Extinction Rebellion in its call for a climate emergency. However, abundant evidence indicates it is too late for a declaration of emergency to prevent our imminent extinction. The strategy I propose goes beyond sounding the alarm. I propose planetary hospice.

Lest you believe otherwise, I am not proposing we “give up” the fight against climate change. However, as the best-informed doctor in the room, and probably on the planet, I believe it is time to accept that we are in Stage 4 as a species. I’ll repeat that, because it’s important to understand: The living planet is almost certainly in the fourth and final stage of a terminal condition. Neither hope nor action will stave off the Sixth Mass Extinction. Neither hope nor any known combination of actions will slow or stop human extinction. It is long past time we admitted hospice is the appropriate way forward.

How do people act when they accept their imminent demise? How do people respond to palliative care within hospice? A quick look into these issues suggests a path forward for this community.

Physicians, especially oncologists, used to lie regularly to their patients. Through the 1960s, lying was considered perfectly appropriate. After all, hope was viewed as unimpeachably good, and removing hope by presenting the facts was therefore undesirable.

More recently, and with much discussion among medical doctors and ethicists, it has become acceptable to tell the full truth to patients. Based upon research conducted during the last few decades, hope is no longer viewed as a motivator for many patients. In response, physicians tend to reveal the full truth to patients. It seems the medical community is ‘catching up’ with common sense in concluding that hope is a poor motivator for action.

It’s time to tell the full truth. It’s time to pursue hospice, with as much honesty, integrity, and compassion as we can muster. It’s time to admit that ignoring the decades-long warnings about climate change have led directly to the expected outcome. It’s time to comfort the afflicted, which includes each of us.

Each of us was born into a set of living arrangements over which we have no control. The scorched-Earth policies we have adopted and implemented during the last two centuries have led to the expected outcome: a scorched Earth. 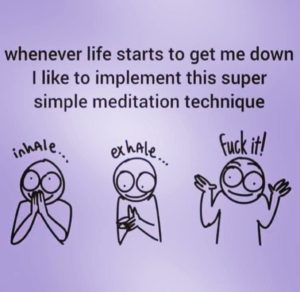