Mailbag: What Would You Have Me Do?

July 12, 2019
The best people possess a feeling for beauty, the courage to take risks, the discipline to tell the truth, and the capacity for sacrifice. Ironically, their virtues make them vulnerable; they are often wounded, sometimes destroyed.
~ Ernest Hemingway

Your colleagues, whether they would dare to publicly call themselves that or not, are clearly struggling. Many appear tangled in various painful stages of grief. Right now, they perhaps need your message most urgently of all:

Mother Jones article: It’s the End of the World as They Know It

Of course I’m needed, ______. I was needed a decade ago, when I was writing and speaking about the existential threats we face. I’ve no doubt I will continue to be betrayed, defamed, or ignored in the short time remaining.

I’ve been largely removed from public service by the actions of these people who need my help. What would you have me do?

I guess in my mind I had the idea of something like an open letter or private correspondence with scientists that have not gone after you in any way (surely some mentioned in that article exist?). It may also be the case that everyone will simply need to find their own path through the stages of grief to acceptance (if not gallows humor).

When I think about the people that have gone the furthest down the road of really internalizing the scale and nature of the predicament, however, I think of people like yourself and Paul Kingsnorth. Not exactly average bears. There’s a certain element of integrity involved that a figure like Mann may simply not possess. I also suspect there may be a degree of intuitive intelligence involved that exclusively “rational/analytical” types don’t much posses. I mean, did Kim Cobb really think Hillary Clinton was going to solve the crisis?

In any case, when I hear about these people sinking into weeks of depression, my instinct is to point them your way and say, “it’s time to give a listen to the professor.” It may be the case that climate scientists are uniquely ill-equipped to take on your advice for reasons of … competitiveness … ego … groupthink? I’m not sure why someone would refuse help reaching a level of acceptance.

Maybe, as Morris Berman once said, “in America, even the smart people are stupid.”

Kim Cobb refuses to acknowledge the aerosol masking effect, along with many other aspects of abrupt climate change. She is hardly alone, stuck in her bubble of enormous privilege.

I have no support. I have no money. Betrayal and defamation remain the primary responses to the sacrifices I have made and also to my freely available work. Many — and probably most — climate scientists are ignorant about conservation biology and, as one result, they deny Homo sapiens could go extinct in the near future.

I am open to ideas. What platform do you suggest I use? I cannot even get the attention of a respected journalist because of the way I have been treated by paid scientists.

I seek your advice, dear readers. What would you have me do? Given the limitations on my ability to be treated with respect, much less with collegiality within academia, how shall I proceed? If you suggest the corporate media, which are not inclined to interview me, then I will ask you to help. As you are doubtless aware, I am not a fan of human extinction, and I am disinclined to give up on my educational endeavors. My commitment to a life of service runs too deep to allow inaction. 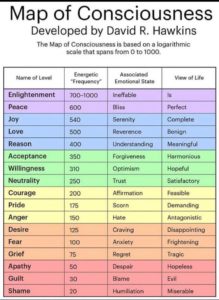