July 21, 2019
Everything you want is on the other side of fear
~ Jack Canfield

I was copied, along with a few other people, on the following email message. I weighed in.

I was happy to read your excellent piece in the Los Angeles Review of Books, and I applaud your clarification of McKibben’s and Wallace-Wells’ muddled thinking.

Now, allow me to do the same for you regarding your objectionable comments about Guy McPherson.

I’ve been a longtime reader of Professor McPherson’s work. His “monster climate change essay” was, for me, the first source that really synthesized the diversity of evidence and the severity of their implications. I’m not alone in this.

Yet your comments about McPherson in your essay are either false or remarkably uncharitable. Let’s take them one by one (in bold). And I’ve CC’d McPherson in case I’ve misrepresented him in any way, along with LARBs editorial team, since they can do better.

“[Wallace-Wells] starts with the fringe scientist Guy McPherson, who makes an easy target:…”

Perhaps McPherson remains a so-called “fringe” scientist because writers like yourself who are presumably influenced by him downplay (deny? disparage?) his contribution: the synthesizing of the evidence, the conclusion that climate change is of catastrophic severity; the hope-free way forward of planetary hospice; and the likelihood in the near-future of functional extinction of human beings due to the rate of change and loss of habitat. None of this has been said more clearly or more frequently than by McPherson, and the fact that the media are catching up, piece by piece, is a small consolation. For so fringe a scientist, I find it odd that many of these climate commentators feel compelled to bring up McPherson—only to dismiss him.

As he has detailed online, McPherson has sacrificed his career, health, and relationships for his message. And he has called out those individuals—again, like yourself—who have made ad hominem attacks. Rhetorically punching back is not paranoia.

“his outrageous confidence in his predictions (such as that climate change will cause human extinction by 2030),…”

“But I don’t know” is a constant refrain of McPherson’s in his presentations regarding his projections. We know that pinning the worst effects of climate change, as many writers do, on the year 2100 is absurd. The horrors that magical thinking puts off to the 2100 horizon will happen—are happening—before then. But at least this wasn’t ad hominem on your part, so that’s a plus!

Uh, so? I came for analysis and instead I get gossip. If McPherson is pursuing and presenting evidence—truth—he can be in +5 concurrent relationships for all I care. Another not-so-veiled ad hominem attack.

“…and his goofy mustache all scream ‘crank.’”

Funny, when I look up pictures of you, Mr. Scranton, your goofy haircuts all scream “crank.” Something glass houses something something throwing stones. Your finest—and stupidest—piece of ad hominem yet.

“And yet as Wallace-Wells himself points out, many of McPherson’s fears are legitimate. Even among McPherson’s mistakes, Wallace-Wells writes, ‘there is enough real science to give rise to real alarm: a good summary of the albedo effect, a convenient assemblage of rigorous readings of the Arctic ice sheets.’”

Wait, what were the mistakes? I missed it between the ad hominem attacks about the man’s sex life and mustache and everyone agreeing that McPherson has legitimate fears and presents real science. You wrote a worthless paragraph instead of actually unpacking what’s apparently false in McPherson’s message. In a performative contradiction, you criticize Wallace-Wells for dismissing McPherson…while you simultaneously dismiss McPherson.

“McPherson’s biggest bugbear, Arctic methane emissions, remains poorly understood and controversial, but a recent study shows a surge in atmospheric methane strong enough to negate even the most rigorous plans for CO2 reduction outlined in the Paris Agreement, were they to be enacted.”

“Bugbear”—an “obsessive fear” with connotations of being irrational or imaginary. You then cite a study showing its worth worrying about Arctic methane. So you’re dismissing McPherson (“bugbear”) for being smart enough to remind readers about the seriousness of Arctic methane? I long to be your editor.

“More to the point, McPherson’s ethical quietism is a legitimate philosophical position, not one that can be waved away with a sneer, as Wallace-Wells attempts. It’s easy to dismiss McPherson, less so Epictetus, the Buddha, St. Benedict, and Voltaire.”

You are all over the place. For one, “waved away with a sneer” is exactly how I’d characterize your treatment of McPherson thus far. McPherson does have a legitimate philosophy, but it’s not “ethical quietism,” or, as my dictionary puts it, “the acceptance of things as they are without resisting or trying to change them” and “the abandonment of the will.” McPherson repeats this philosophy constantly (it’s even in the header to his website): “passionately pursue a life of excellence, whatever that looks like to you.” “Live with urgency, with death in mind.” ”Live large. Be you, and bolder than you’ve ever been. Live like you’re dying.” And “Pressum diem: squeeze the day.” This is a far cry from “ethical quietism” or “ecological nihilism,” which are knee-jerk labels you and Wallace-Wells use in place of actual research.

No, McPherson is not easy to dismiss, because, while that’s a lovely set of sages you cite, none of them can combine the “talent stack” as Scott Adams calls it of conservation biology, climate science, and social criticism ala McPherson. Neither can you, for that matter.

Speaking of research, I haven’t seen you bring up the aerosol-masking effect, which James Hansen and subsequent researchers have identified as actually preventing further warming. In brief, the particulates we put in the atmosphere due to industrial activity shield the planet from a certain amount of warming. If we stop industrial activity, the planet warms even faster. Contrary to all the hopeful doers—McKibben, Wallace-Wells, Extinction Rebellion, etc.—we seem damned if we do and damned if we don’t. Not for nothing is this called the McPherson Paradox.

To sum up your analysis: McPherson is mostly right and with a legitimate philosophical position, too… but he’s just all-around goofy and therefore easily dismissed. You’ve said everything and therefore nothing. I’ll add that he was right long before you or Wallace-Wells discovered this niche market of climate doom. Is Harold Bloom’s “anxiety of influence” at work in you, where, having virtually the same message as McPherson’s (“We’re Doomed, So Live With Death In Mind”), albeit the poor-man’s version, you feel compelled to push him—via rhetorical dirty tricks—even further into the fringe in order to hide the fact that you are…derivative?

Was McPherson so forgettable before or after you shared this event with him?

“Wallace-Wells seems to have decided that anyone who takes seriously the possibility that climate change has slipped out of our control isn’t worth seriously considering. It’s not a great loss with McPherson…”

That’s blatantly insulting to McPherson. It’s not a great loss to seriously consider the man who has seriously considered everything in your article and then some before you did? That’s my cue to go ad hominem myself, Mr. Scranton. You’ve admitted that you a) dropped out of college, b) had debt, c) engaged in unethical behavior during your time as a phone psychic and d) a grassroots organizer, only to e) join the army and its invasion of Iraq to take advantage of the GI Bill, so you could, postdoctorate, f) now make hay out of climate polemics. If that weren’t checkered enough, there’s your questionable taste in haircuts! If I were given to defamation rather than refutation, I’d say you sound like a twerpy opportunist who gives real meaning to “ethical quietism”—as in your ethics don’t rise above a whisper.

Luckily, I don’t know you, nor do I need to engage in character assassination in order to demonstrate what goofy treatment you’ve given McPherson: the man, the message, the mustache.

“While McPherson believes he can tell the future, Kingsnorth’s pessimism is grounded in the past, founded on “a simple fact which any historian could confirm: human civilisation is an intensely fragile construction […] built on little more than belief,” as he writes in Uncivilization: The Dark Mountain Manifesto.”

No, McPherson believes he can guess at the future, like everyone else. A doctor gives a terminal diagnosis and an honest guess at how long the patient has left. We would never mock him that “he thinks he knows the future.” He’s just giving the patient context, since there’s a big difference between 6 months and 6 years. Yet both are terminal and, for our hypothetical patient, both are not nearly enough time. And while I’m happy Dark Mountain exists, Kingsnorth’s observations on civilization aren’t anything McPherson (or Derrick Jensen or Paul Shepard or Robinson Jeffers) hasn’t already said and said better.

By all means, Mr. Scranton, stand on the shoulders of giants and be you. But don’t kick them in the face on your way up. I’ll leave it to McPherson to ask if he’d like a correction or retraction of the article.

Sincerely,
Mordor [not his real name]

P.S. I see that the great Michael E. Mann has now blocked you on social media…. Welcome to the “fringe”!

You’ve in no way misrepresented me, Mordor. And, on that topic, I will point out I have copied an attorney who has offered to represent me. Such inclusion is called honesty. Take a note, Roy.

A correction is clearly in order. I would recommend it appear in a review of my latest book, Only Love Remains: Dancing at the Edge of Extinction. I will gladly send you an electronic copy, Roy, for your review in the Los Angeles Review of Books.

Lying by omission of the aerosol masking effect is lying. It is no surprise this “review” is published in the corporate media.

Thank you for this email. I don’t plan to review your book, though I appreciate the invitation. 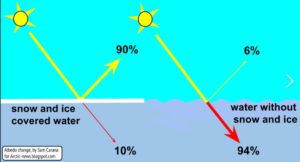