August 10, 2019
Life will break you. Nobody can protect you from that, and living alone won’t either, for solitude will also break you with its yearning. You have to love. You have to feel. It is the reason you are here on earth. You are here to risk your heart. You are here to be swallowed up. And when it happens that you are broken, or betrayed, or left, or hurt, or death brushes near, let yourself sit by an apple tree and listen to the apples falling all around you in heaps, wasting their sweetness. Tell yourself you tasted as many as you could.
~ Louise Erdrich

I have presented the following information previously, most recently and most comprehensively in my often-updated essay, “Extinction Foretold, Extinction Ignored.” The passage of time allows for the accumulation of additional evidence and the short-attention-span culture in which we are embedded calls for an abbreviated update regarding the evidence. Thus, this short essay.

The projected rate of climate change based on the nefariously gradual approach taken by the Intergovernmental Panel on Climate Change (IPCC) outstrips the adaptive response of vertebrates by a factor of 10,000 times. Closer to Homo sapiens, mammals cannot evolve fast enough to escape the current extinction crisis. Humans are vertebrate mammals. To believe that our species can avoid extinction, even as non-human vertebrates and non-human mammals disappear, is classic human hubris. I have already conservatively pointed out various means by which humans can lose habitat on Earth in the near term.

Abundant evidence indicates humans will soon join the annihilation of “all life on earth,” as reported in the peer-reviewed journal literature on 13 November 2018. After all, humans are alive (some more than others). We depend greatly upon a stable planetary temperature for our continued existence. We also depend heavily upon invertebrates for our continued existence, yet an “insect apocalypse” is under way, as reported in a review paper in the April 2019 issue of Biological Conservation. Again, only arrogant humans afflicted with privilege can conclude the ongoing Mass Extinction Event will forgo the self-proclaimed wise ape. Assuming Homo sapiens will dodge the bullets that took out several prior species in the genus Homo seems particularly unwise.

According to an overview published by European Strategy and Policy Analysis System in April 2019, an “increase of 1.5 degrees is the maximum the planet can tolerate; … at worst, [such a rise in temperature above the 1750 baseline will cause] the extinction of humankind altogether.” In other words, according to this major synthesis, we have passed the point beyond which human extinction is likely to occur. After all, Earth zipped past 1.5 C years ago.

Civilization is a heat engine, a conclusion based on the Laws of Thermodynamics and reported in peer-reviewed articles by Professor Tim Garrett. The heating impact of civilization is occurring very rapidly: According to a peer-reviewed article by Burke et al. published 26 December 2018 using the ultra-conservative IPCC’s Representative Concentration Pathways (RCPs), “climates like those of the Pliocene will prevail as soon as 2030” (mid-Pliocene temperatures were 2-3 C warmer than today). Any informed peek at RCPs will reveal the rapidity with which global overheating makes them obsolete, not to mention their ignorance of a multitude of self-reinforcing feedback loops. It is difficult for me to imagine habitat will remain for humans — or many other species, for that matter — in the face of such rapid environmental change.

Civilization is a heat engine, but slowing or stopping civilization heats Earth even faster than the ongoing warming resulting from this set of living arrangements. The impact of the aerosol masking effect has been greatly underestimated, as pointed out in an 8 February 2019 article in Science. As indicated by the lead author of this paper on 25 January 2019: “Global efforts to improve air quality by developing cleaner fuels and burning less coal could end up harming our planet by reducing the number of aerosols in the atmosphere, and by doing so, diminishing aerosols’ cooling ability to offset global warming.” The cooling effect is “nearly twice what scientists previously thought.” That this February 2019 paper cites the conclusion by Levy et al. (2013) indicating as little as 35% reduction in industrial activity drives a 1 C global-average rise in temperature suggests that as little as a 20% reduction in industrial activity is sufficient to warm the planet 1 C within a few days or weeks. This Catch-22 of abrupt climate change, termed the McPherson Paradox by Bill R. Eddy, takes us down the wrong path regardless of the direction of industrial activity, assuming we are interested in maintaining habitat for vertebrates and mammals on Earth. A decline in the aerosol masking effect means loss of habitat for human animals, with human extinction soon to follow (timing matters, of course, for all things biological). Yet the liars at Deep Green Resistance, Idle No More, Extinction Rebellion, and other organizations are still promoting the dismantling of industrial civilization while claiming to be committed to the continuation of life on Earth.

How small would be the gap between loss of habitat and extinction of Homo sapiens? Because it has not yet occurred at the global level, it is difficult to say with certainty. However, several non-human animals have gone extinct very quickly after losing habitat. To believe humans would not similarly experience abrupt extinction is a concept unsupported by evidence.

As a fan of life, I would prefer humans and other life forms avoid extinction in the near term. As a rational conservation biologist, I know better than to rely on my beliefs rather than evidence regarding the ongoing Mass Extinction Event and abrupt, irreversible climate change. In contrast to my evidentiary approach, most humans prefer fantasy over evidence. As one consequence, it is small wonder we have arrived at the edge of extinction.

Another alternative future is plausible. The sociopaths who pull the strings of empire might further elucidate ongoing, global militarism to the point that even Americans recognize a world war is occurring. Such an approach has been deemed perennially reasonable by said sociopaths and largely ignored by the dumbed-down masses.

I am often asked where and how to live in the face of the information I present. Although I am disinclined to tell others what to do, I am living with extreme urgency and with the pursuit of meaning in my life. I am living fully, with gratitude, in a location that allows me to pursue my passion for education. Although I have sacrificed everything except my integrity in the “fight” against climate change and the battle with the ongoing Mass Extinction Event, I have failed with respect to both endeavors. The primary responses to my voluntary work have been betrayal, defamation, and plagiarism. Therefore, I do not recommend others follow my lead with respect to making sacrifices. Such sacrifices are likely to reduce one’s quality of life, and they will not improve prospects for the continuation of humans or other organisms on Earth.

Feel free to return to your regular programming now, rooted in wishful thinking. Perhaps if you vote correctly, somebody else will fix all that is wrong with society. Here’s wishing! 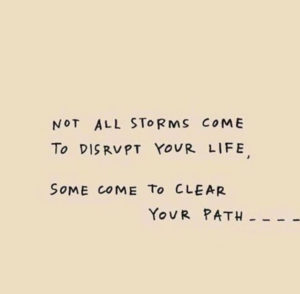