August 8, 2019
You must be ready to burn yourself in your own flame; how could you rise anew if you have not first become ashes?

I have written periodically about philosophy in this space for a dozen years. Along the way, I have hinted at my own personal philosophy, while also describing the views of others as far back as the first substantive essay in this space.

Because of my philosophical tendencies, I am occasionally asked to classify myself: What kind of philosopher am I?

As with Camus, I am reluctant to put myself and my ideas into a category. As with Camus, most informed readers likely would categorize me as an Existentialist. After all, Existentialism acknowledges the darkly humorous nothingness of humanity. It is simultaneously underlain by absurdity and integrity: The lucid acknowledgement of the meaninglessness of existence leads to absurdity, whereas integrity results from the insistence upon continuing to act compassionately and thoughtfully in the face of the void. I sometimes refer to Eastern philosophies such as Buddhism and Hinduism in calling this approach right action without attachment to the outcome.

Existentialism is not fatalism. As with Camus, I am not a fatalist.

In pursuit of continued right action, I left behind a privileged life on a university campus. Specifically, I naively attempted to lead society away from abrupt, irreversible climate change and the Sixth Mass Extinction. My error was revealed too late to change course. The teacher within me switched from campus classrooms and ecologically oriented field trips to any venue open to my message. My increased knowledge of individuals and society led to an expansion of my own scholarship: My recent peer-reviewed work appears in Clinical Psychology Forum, rather than Ecology and Conservation Biology.

My personal philosophy extended to my teaching in classrooms and my mentoring efforts in coffee shops and on field trips. My passion for teaching intersected with my personal philosophy in ways rewarding for me and my students. This pursuit of a holistic outlook contributed to the development, for me and my students, of eclectic, well-rounded lives.

I never could have predicted the person I would become. For all the imperfections I read about me, I am pleased with the result to date. May your journey lead to a similar result.

Have I made mistakes? Yes, of course.

Have I achieved contentment? Today is as good a day to die as any other, although I would rather have many more years. And I will attempt to live fully and with gratitude each additional day. 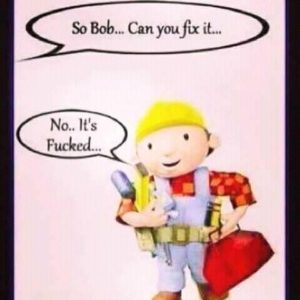