Am I an Anti-Natalist?

October 29, 2019
If children were brought into the world by an act of pure reason alone, would the human race continue to exist? Would not a man rather have so much sympathy with the coming generation as to spare it the burden of existence, or at any rate not take it upon himself to impose that burden upon it in cold blood?
~ Arthur Schopenhauer

I have been accused of being an anti-natalist. The accusations suggest my particular variety of anti-natalism is congruent with life as a serial killer. Because I do not appreciate being called such names without supporting evidence, I decided the issue was worth a quick etymological investigation.

The definition of natalism, according to the Merriam-Webster online dictionary, is “an attitude or policy favoring or encouraging population growth.” The definition includes no mention of serial killers. Indeed, the definition mentions no murder of any kind.

I decided not to have children of my own at the age of 19 years. At the time, it made no sense to me to bring another human into the world without his or her permission, particularly in light of the publication of Limits to Growth seven years earlier. It still makes no sense to me. So far, I have succeeded in my personal quest to avoid adding more people to Earth.

I explained the horrors of continued growth of the human population for more than two decades in college and university classrooms. Few students took my advice seriously. I learned to not be attached to the outcome of my efforts, in the classroom and beyond. I thank my students for serving as my teachers.

I dedicated my first book-length work of social criticism, Killing the Natives, “to those who selflessly stop at zero.” Based on the responses I subsequently received, you would have thought I was suggesting we murder all babies, human and otherwise. That was not my point.

I am no fan of continued growth of the human population. At more than 7.7 billion and growing rapidly, I think there are plenty of us.

I know I will die. I am pretty sure you will die. I know our species, Homo sapiens, will go extinct. The only serious questions about death and extinction involve cause and timing.

Apparently I am an anti-natalist. Apparently, based upon logic, I need not apologize for donning this label.

Too many humans, combined with an astonishing rate of consumption, have brought us to the brink of extinction. Too late to turn back now, I do not judge, shame, or blame people for bringing more humans to life. I am an educator, not a judge.

Thanks to muse Mimi German for inspiring this essay 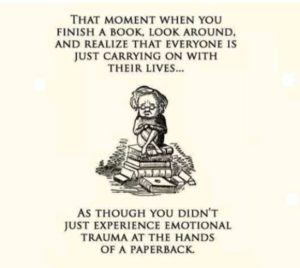