October 25, 2019
Anarchism? You bet your sweet betsy. The only cure for the ills of democracy is more democracy. Much more.
~ Edward Abbey

Civilization is a heat engine, regardless how it is powered, a conclusion based on the Laws of Thermodynamics and reported in peer-reviewed articles by Professor Tim Garrett. As I have pointed out previously, a paper by Burke and colleagues published 26 December 2018 in the customarily conservative, peer-reviewed Proceedings of the National Academy of Sciences indicates “climates like those of the Pliocene will prevail as soon as 2030” (mid-Pliocene temperatures were 2-3 C warmer than today). Never mind that the Representative Concentration Pathways (RCPs) overlook a few dozen self-reinforcing feedback loops and the aerosol masking effect: Any informed look at RCPs will reveal the rapidity with which global overheating makes them obsolete. As a conservation biologist, I cannot imagine habitat will remain for humans–or many other species, for that matter–in the face of such rapid environmental change.

Civilization is a heat engine, but slowing or stopping civilization heats Earth even faster than the ongoing planetary heating resulting from this set of living arrangements. The impact of the aerosol masking effect has been greatly underestimated, as pointed out in this 8 February 2019 article in Science and then again in the 18 July 2019 issue of Geophysical Research Letters. As indicated by the lead author of the former paper during an interview on 25 January 2019: “Global efforts to improve air quality by developing cleaner fuels and burning less coal could end up harming our planet by reducing the number of aerosols in the atmosphere, and by doing so, diminishing aerosols’ cooling ability to offset global warming.” The cooling effect is “nearly twice what scientists previously thought.” That this February 2019 paper cites the conclusion by Levy et al. (2013) indicating as little as 35% reduction in industrial activity drives a 1 C global-average rise in temperature suggests that as little as a 20% reduction in industrial activity is sufficient to warm the planet 1 C within a few days or weeks.

Loss of aerosol masking will quickly warm the planet. However, the resulting impacts on humans must be mediated through the reaction of other organisms. The life cycle of all plants, including crops, follows seasonal patterns. As a result, immediate warming of Earth will not cause immediate loss of habitat for human animals.

Thanks to Bill R. Eddy for coining the term, “McPherson Paradox.” I know Bill via social media as well as his generous PayPal donations. 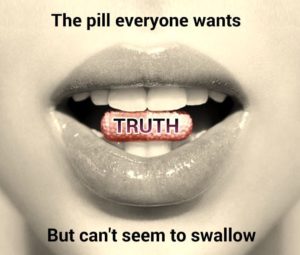