Moving Again, for the Last Time (This Time I Mean It)

November 13, 2019
May your trails be crooked, winding, lonesome, dangerous, leading to the most amazing view
~ Edward Abbey

A little more than a year ago, I announced the final move of my life in this space. Fortunately, I was mistaken.

About two years ago via Edge of Extinction video clip subsequently removed from YouTube (by YouTube), I announced that most of us do not have years left on Earth. Fortunately, I was mistaken, largely for reasons already discussed in this space.

I will not stop making predictions, because I know their value in furthering knowledge. As philosopher of science Karl Popper wrote regarding the importance of predictions in advancing human knowledge:

It is easy to obtain confirmations, or verifications, for nearly every theory — if we look for confirmations. Confirmations should count only if they are the result of risky predictions…. A theory which is not refutable by any conceivable event is non-scientific. Irrefutability is not a virtue of a theory (as people often think) but a vice. Every genuine test of a theory is an attempt to falsify it, or refute it.

In the spirit of Edward Abbey, I will not stop taking trails that are “crooked, winding, lonesome, (and) dangerous,” no matter where they lead. However, I doubt Orlando includes “the most amazing view.”

I will be leaving my place of residence in Pleasantville, New York tomorrow morning. This village in Westchester County has lived up to its name. And what better name for a place from which to deliver my message?

I will be driving to a suburb of Orlando, Florida, where I will live for the foreseeable future. As with my four previous acts of relocation during the last two decades, this one is rooted in love. My partner’s father, who lived alone in Chicago for 20 years before moving to the Orlando area early this month, has been experiencing health issues. His son and daughter live in suburbs near Orlando. We will join the support team in about a week when we arrive to the new rental accommodation we have yet to see. After all, planetary hospice begins at home.

A minor advantage of this act of relocation is the timing. I’ll be moving into winter in a warm climate, in contrast to moving south to Belize during early summer with Round 3 and then moving north to greet my first New York winter during Round 4.

I can imagine a few ignorant responses from the masses. I will no doubt be accused of denying abrupt climate change by moving to a location certain to be characterized by severe hurricanes and profound sea-level rise. The accusations will continue with mention of lethal wet-bulb temperatures. Trust me, I know. Even knowing what I know, round three of “my final move” was met by environmental conditions similar to Orlando in the Central American country of Belize.

I know about hurricanes. I know about sea-level rise. I know about lethal wet-bulb temperatures. When it comes to abrupt climate change and its outcomes, I know quite a bit.

Why, then, will I live in Florida? I am motivated by love, not by fear, as I have pointed out many times in this space (including here).

My time on Earth is short. So is yours. In response, I will continue to focus on love rather than fear. Will you please join me? 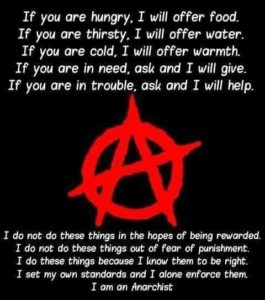