December 28, 2019
The most common form of despair is not being who you are
~ Søren Kierkegaard

“And then what?” This was the question asked by American ecologist Garrett Hardin repeatedly during the 1960s through the 1990s. The question came in response to essentially any proposed action. For example, when a solution was proposed to virtually any perceived problem, Hardin would pose the question: “And then what?”

Imagine if the people who asked this question had not been ignored, in response to burning fossil fuels. Or harnessing the atom. Or storing large quantities of food. Or harnessing fire. You get the idea. Too few humans asked. In response, many people and innumerable other species have paid the ultimate price. We will soon join them.

I have asked myself Hardin’s question many times, most notably in response to the issue of informing the masses about our imminent demise. As it turns out, promulgating evidence about that particular topic was a costly error with respect to earning money and maintaining relationships. Standard responses from my contemporaries have included betrayal, derision, rejection, isolation, defamation, and plagiarism. Occasionally, though, I am merely mocked.

It is too late to turn back the clock. Wishing will not allow me to undo my integrity-laden error. Now that my personal and professional sacrifices have proven enormously costly, how shall I proceed?

The responses I have received, along with my inquisitive mind, lead me to ask a slightly different question from that of Hardin: Now what? How shall I proceed during my final remaining months on Earth?

My response is facilitated by my removal from public service, courtesy of a successful defamation campaign that has effectively destroyed my ability to deliver public presentations. The same campaign has cost me interviews, too. As I have pointed out previously, I have no control over the response of ignorant potential hosts, organizers, and interviewers who are susceptible to influence by people who lie about me. In general, the response has been negative for those interested in pursuing evidence, including me, and positive for those who prefer the masses remain ignorant.

I am about to turn 60 years of age. Due to my pursuit of a frugal life, I have enjoyed the enormous privilege of a roof over my head and food on the table despite voluntarily declining further paychecks on 1 May 2009. During my life so far, I have traveled to more than a dozen countries, I conducted the academic work I love for most of my adult life at several colleges and universities, I lived adventurously in the Belizean jungle, and I have enjoyed wonderful cultural phenomena and also superb food. I am wealthy in numerous ways that matter. By conventional “first-world” standards, I am not financially wealthy. My shaky monetary status became unexpectedly worse when I moved to Florida, thereby losing access to medical care. I live as I did in western Belize, on the uncomfortably, uninsured edge.

Fortunately, I have yet to wake in the morning concerned about starving to death. If industrial civilization holds longer than I expect, then I might wake up some morning with starvation on my mind. Ironically, the impending El Niño Southern Oscillation seems among the events likely to “solve” that problem.

The question remains, for me: Now what? Considering my age, my tenuous financial status, and the mission I have given myself, how shall I proceed?

I would love to return to a life in the wilds of western Belize. However, consequences result from love, commitment, and a sense of responsibility. The personal consequences for me include living in a suburb of Orlando, Florida for the foreseeable future. As a result, my partner’s beautiful property in Belize has been re-listed for sale.

Now that I live in a community well-suited for an aging, retired man, I suppose I could begin acting like an aging, retired man. The municipal infrastructure in this corner of the world is superb. The rental home I occupy has a saltwater pool suitable for playfully splashing about during much of the year. The two-season climate is great during the nine months of summer (and slightly less desirable during the three months of hell). I can imagine reading for enjoyment on a regular basis during the hot, humid summer months, as long as air conditioning is an option. When the ability to artificially cool myself passes, I will not be far behind. If such an event coincides with a significant reduction in industrial activity, then human habitat will disappear shortly thereafter.

I am not going away, nor am I giving up (whatever that means, in light of abrupt, irreversible climate change and, notably, the McPherson Paradox). Instead, I will continue my educational efforts by the means remaining to me. I will continue to submit to interviews from decent humans. I will continue to deliver my message on fully funded speaking tours, although such tours seem increasingly unlikely due to limited time and waning interest. Along with my partner, I will continue to offer the Only Love Remains workshop upon request. Finally, I will continue to write books that generate little or no income. Near-future efforts will continue to focus on the low-hanging fruit of social criticism.

In summary, all work-related options involving significant monetary compensation have exhausted themselves. Ditto for most of my voluntary work, which has become redundant. As a result, and largely due to the absence of other reasonable options, I will attempt to pursue a fun, fulfilling life (past attempts were sacrificed on the altar of public service, so I remain skeptical). I will pursue relevant activities with grace and gratitude while living with urgency. I will also keep in mind some words from Twentieth-Century American poet Robinson Jeffers in his poem, “Not Man Apart”:

Then what is the answer? — Not to be deluded by dreams. …
To keep one’s own integrity, be merciful and uncorrupted
and not wish for evil … 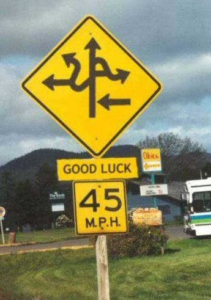