Adventures on the Kibbie Dome

I was awarded a State of Idaho scholarship during the spring of 1978, shortly before I graduated high school. The scholarship was a big deal, so renowned and prestigious, that my dad dragged me out of class to tell me about it. My dad was the superintendent of the school district, which allowed him to interrupt class to give me the news. The scholarship came with $6,000, which sufficed to pay for four years of fees at any of the state schools of higher learning.

Of course, $1,500 per year did not pay for room and board, much less parties and road trips. As a result, I relied upon additional scholarships and my work ethic to pay for the entire college experience. Summers were spent as member of an initial-attack, helitack crew responsible for suppressing wildfires in an area spanning about one million acres. Part-time work during my time on campus included cleaning and organizing the puppetry lab (I was a puppeteer), night-shift janitor at the Student Union, bus driver, and construction worker atop a domed football stadium. The latter position occurred at the University of Idaho, which relied upon its own staff to oversee repair of the damaged roof of the Kibbie Dome (named for the donor who provided much of the funding for the original construction).

The University of Idaho attracted a lot of students interested in the outdoors, including me. Rumor had one of the adventurous students scaling the Kibbie Dome, pitching a tent, and spending a winter night atop the stadium in the early 1980s. The following spring, leaks revealed themselves in the Tartan polyurethane covering the structure. The roof was leaking and the outer layer of insulating foam was in poor condition. Enter university administrators to address the issue. As I recall, the university’s own Grounds and Maintenance department was charged with repairing the damage. They had no problem hiring stunningly unqualified students such as myself to wield circular saws and nail guns in pursuit of cash. In my case, it was a profound improvement in working conditions compared to midnight janitor at the Student Union.

We were terribly unqualified for construction work, and I was among the worst. Our supervisor was a student majoring in Political Science. He knew little about construction, and even less about supervising disinterested men, most of whom were only a few years younger than himself.

A 2-inch-diameter cable stretched the length of the roof, from end zone to end zone and beyond. Each of us was required to attach a rope to the cable before venturing down the roof to use our tools. I was working near the cable, where the roof had little pitch. Below me were half-a-dozen fellow workers, properly tied to the rope attached to the cable. In my usual hurried state, I failed to tie myself or my circular saw to the aforementioned cable. I slipped, barely catching myself, but I lost my grip on the circular saw. It tumbled down the roof, rapidly picking up speed as it fell. Following protocol, I yelled, “Saw!” Yes, this sort of lunacy happened so frequently that we had a protocol. The workers below scrambled east to avoid the saw. The saw, being asymmetrical, turned east. The workers ran west. The saw tracked them.

On another occasion, I was using a nail gun. My effective range, when properly “tied off” to my rope, was only a few feet. My strong work ethic overwhelmed my common sense, so I simply held the rope in my left hand while using the nail gun in my right hand. By holding the rope instead of anchoring myself with a knot, I gained a bit more ground. Another minor slip had me plunging down the ever-increasing incline. During the ridiculous race to the bottom, I would alternately run to gain my balance and tighten my grip on the rope to slow down. By the time I reached the point where the roof met the ground, I had a badly blistered left hand and I was running entirely too fast. The sudden stop at the bottom spared my hand from further damage, but left the rest of my body bruised and battered. Note to self: Safety first. After all, my wages did not vary with the number of nails I drove into the roof.

The final misadventure from the roof of the Kibbie Dome — well, at least the final one I will reveal in this space — involved the brutal spring winds common on the Palouse Prairie. The wind was strong enough to disrupt work at the beginning of the day, according to our supervisor. That was fine with the rest of us: We preferred to get paid for waiting on the ground, instead of working on the roof. After an hour or two, the supervisor was feeling pressured, so he claimed that the wind had died down sufficiently to get back up on the roof. I suspect his conclusion about the wind was rooted in hope, which generally makes for a poor plan. We all climbed up through the “attic” of the Kibbie Dome, and then got in line to climb the final ladder onto the roof. The first man emerged onto the roof only to watch his yellow hardhat blow onto the ground 200 yards away. The next man emerged immediately behind him, and he enjoyed the same view. The scene was repeated for four or five more workers, until somebody had the sense to tell the supervisor it was still a bit breezy on the roof. Ten minutes later, we were all headed home, paid only for the short time we waited and then climbed up and down. For the next month, regardless of the wind, all the plebes overused the phrase we heard from the supervisor to send us to the roof: “I’m sure glad the wind died down.”

Fortunately, my career took me away from manual labor and into an academic life. I cannot imagine I would have lived this long had I continued my forays into the construction trade. 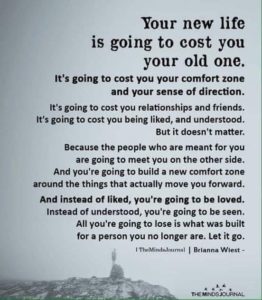