January 16, 2020
If I had no sense of humor, I would long ago have committed suicide
~ Mahatma Gandhi

I generally respond with, “there was no such moment.” I am reminded of a comedy skit by Jon Dore, “I Have Never Had An Epiphany.” Dore’s skit is funnier than this essay.

Rarely have I experienced an epiphany. Instead, I gradually and deliberately reach a conclusion. This approach would not have suited me well, had I been a early-day hunter. Once I reach a conclusion, I am quick to share it, usually because it is based on evidence rather than my intuition. This approach has not suited me well within contemporary society.

I do remember an epiphany I had when I was under the age of 10 years. It came at Sunday School. My siblings and I were invited to Sunday School by Mrs. Hutchins when she walked by our house as we were outside playing. Mrs. Hutchins was a respected member of the community, part of the family that owned the sawmill up the road from where I lived with my parents, my older brother, and my younger sister in Weippe, Idaho. Mrs. Hutchins invited us just about every Sunday as she walked past our home, and we finally decided to go.

My Sunday School teacher was another member of the Hutchins family, probably a son or nephew of Mrs. Hutchins. I remember little about him except that he was nice. This story was taking place during the late 1960s, when essentially all Caucasian men in Weippe, Idaho were viewed as authorities on every conceivable topic by youngsters such as me. I looked up to this person, one of several people I called Mr. Hutchins in Weippe.

Anyway, back to that epiphany. Jerry was another participant in Sunday School. He was a year older than me, and he was generally viewed as a “bad” boy, in and out of school. He constantly questioned authority, and he spent quite a bit of time in the principal’s office for his bad behavior. My dad was the principal, so I knew a lot about Jerry. Now, however, I do not recall his last name.

During one particular session of Sunday School, Jerry was badgering Mr. Hutchins about the Christian bible used to educate us. Mr. Hutchins would explain biblical passages for us youngsters, and Jerry would question their veracity. Ultimately, using his most authoritative voice, Mr. Hutchins said something to the effect, “it is in the Bible, and therefore it is true.” This made perfect sense to everybody in the class except Jerry. The rest of us viewed Jerry as a poorly behaved misfit.

Now, of course, Jerry is my hero. We have all been so heavily influenced by societal indoctrination that Jerry and his ilk are difficult to find. Playing catchup with my distant past, I encouraged and rewarded the “misfit” behavior demonstrated by Jerry in the many courses I taught at various colleges and universities.

Undoubtedly influenced by bad words spoken about Jerry, I misspent most of my youth trying to fit into society. A major change began when I was in my mid- to late-teens, finishing high school and beginning college. In college, I always chose a seat at the back of the classroom. I was occasionally asked to leave the classroom because I was cracking jokes at the teacher’s expense. I had become a sort-of grownup version of Jerry. This was, and is, no cause for pride on my part. I was a jerk.

I finally recognized I was a jerk when, as a graduate student, I guest-lectured for a professor attending a conference. Speaking poorly and nervously to about 80 students, I saw myself scattered throughout the room.

The young man in the back, reading a book hiding behind the textbook for this class? That was me, a few years earlier.

The two young women, halfway up the theater-style room, passing notes to each other and chatting during the entire 50-minute period? That was me, a few years earlier.

The young man in the front row, his head propped up by his hand so he could doze off as I droned on? That was me, a few years earlier.

I was aghast. Ten minutes into the pathetic excuse of a lecture, I made a mental note to call all my ex-professors to issue an apology. I have not delivered on that promise I made myself about 35 years ago. At this point, I doubt I get to it. Most of my ex-professors are probably dead.

I was a terrible student. My considerable talent was largely wasted, although I had a lot of fun along the way.

I continue to slowly and deliberately reach conclusions, based upon my evaluation of evidence. At some point, perhaps this approach will serve me well. That point had better come quickly. 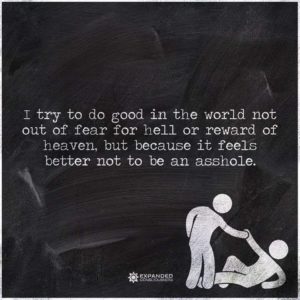