Beginning yesterday, I was and will be interviewed occasionally during a radio broadcast that airs from Washington, D.C. between noon and 2:00 p.m. Eastern time Monday through Friday. Political Misfits airs on Radio Sputnik, with hosts Jamarl Thomas and Bob Schlehuber. The show broadcasts on 105.5 FM in Washington, D.C., 102.9 FM in Kansas City, Missouri, and to 35 countries on signals such as FM, digital DAB/DAB+ (Digital Radio Broadcasting), and HD-Radio. The show is also made available globally live at SputnikNews.com and will be distributed as a podcast shortly after broadcasting on iTunes, iHeartRadio, Spreaker, and other relevant platforms.

Yesterday’s topic was the Yellowstone caldera, as described here. I joined the conversation for about 15 minutes, beginning at the 50-minute mark in this archived version of the show (although it appears as a Facebook page, one need not log in to Facebook to listen). The link at Spreaker, which includes only the segment of the show with me, is here. 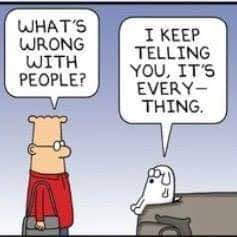 Mugs, tote bags, iPhone cases, tee shirts, and other pragmatic goods affiliated with the latter book, and with NBL in general, are available on Redbubble). I do not earn money from these items. Indeed, they have returned far less money than it cost to create and distribute them. I list them at the bottom of posts in this space in support of my artistically inclined partner, who created them.