Defining Who We Are

April 23, 2020
And those who were seen dancing were thought to be insane by those who could not hear the music
~ Friedrich Nietzsche

“I do it to prevent future embarrassment. That’s why I do most things.”

That was my response a few days ago to the twenty-year-old, ripped and shirtless man on a bicycle who pulled up beside me, with a Husky on a leash, and said, “You’re walking pretty fast.”

I went on to explain that I used to be an athlete, a long time ago. In my current physical condition, a hike down the Bright Angel trail from the South Rim of the Grand Canyon to the Colorado River could easily end with my overheated, organ-failure death. I would prefer to avoid such an embarrassing demise in July of this year, when a friend and academic colleague will be hosting me on a river-rafting adventure.

I have subsequently concluded that most of the actions I have taken during my long and privileged life have been rooted in my desire to prevent future embarrassment. From the classroom to the ball court, from my time spent conducting academic field research to my time in front of students, I sought to avoid embarrassment by pursuing excellence. A few examples follow.

One of my sixth-grade classmates asked how I knew the answers. He was referring to my expertise in mathematics, as I recall. I told him I had no idea. In this particular case, my overdeveloped work ethic had nothing to do with my performance in the classroom. Indeed, from my elementary school through my graduate experience, I rarely studied. The approach of rote memorization applied by most American “teachers” suited me well, through no fault of my own. I was born with a profound ability to remember details, and also to apply those details to situations beyond the classroom. In addition, I was able to synthesize and integrate materials that seemed foreign to other students. I do not fully understand why.

Playing fields were another matter. I never enjoyed practicing for sporting events, yet I recognized that practice could help ward off future embarrassment on the court, the track, and the fields. My short career as a Division I college basketball player was filled with grueling practices and a few minutes of playing time during games. In this case and others, my work ethic was pivotal in rarely embarrassing myself on the court or on the playing field.

I recognized early in my tenure as a field researcher the importance of honesty. Collecting, transcribing, and analyzing data requires a strong ethical foundation. Indeed, reliable knowledge — the desired result of the process of science — requires radical honesty at every step during each research project.

On a closely related note, a friend recently informed me, “The reality of mortality is not so bad, unless we conveniently choose to ignore it.” I could not agree more. I promised him half my proceeds when I used his great line. Gerald, where do I send the check? 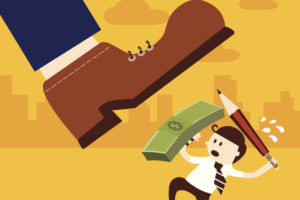