Living My Message, Finally and Fully

The video embedded below was created by Pauline Schneider (you can subscribe to her YouTube channel here). The video includes images as I read an earlier version of the essay that follows. In other words, the video contains nearly the same spoken content as the writing in the essay. The essay includes embedded links and a song.

The purpose of life is not to be happy. It is to be useful, to be honorable, to be compassionate, to have it make some difference that you have lived and lived well.
~ Ralph Waldo Emerson

As I indicated recently via short video, my short future will be spent with less time online and more time doing things I love. I have delivered similar messages before, most recently in this space in February, 2019. I keep returning to the subject of abrupt, irreversible climate change because it helps me feel useful. As a result, it brings me joy (the usefulness, not the dire content of my message).

Our time as a species has never been more limited. The ongoing pandemic is likely to reduce industrial activity sufficiently to drive an abrupt rise in global-average temperature sufficient to cause loss of habitat for Homo sapiens. In fact, it probably has already done so. The outcome is not yet obvious because the timing of the outbreak of the novel coronavirus was favorable for human habitat. Trees produced leaves in the Northern Hemisphere spring of 2020 as a result of carbohydrates stored the previous year. Grain crops were harvested before the novel coronavirus emerged. I suspect the results of the recent and ongoing rise in temperature, which have already been reported in China and India, will become obvious to most humans when many more trees die. Large-scale die-off of trees likely will approximately correspond with catastrophic crop failure. This might occur by the end of this year, which would not surprise me, and I would rather it not.

It is not as if a pandemic is unexpected. Consider, as a minor example, the following excerpts from a presentation I delivered in August of 2007:

During the time of Christ, in the Mediterranean region, the population of humans was viewed through the same lens as other populations. As such, human deaths often occurred in large numbers, as a result of war, conquest, famine, and pestilence – these are the Four Horsemen of the Apocalypse, as described in the gospel of John … Until very recently, large-scale die-offs were viewed as “normal,” in much the same way we view as “normal” our K-12 system of education, or weekly shopping trips to Safeway, or using a cellular telephone. The description and management of human populations back in the days of the Greek Cynics was oriented along population lines, with relatively little societal regard for individuals. Contrast that perspective with our laser-like focus on individuals … We’ll also see pestilence — what we call disease, when it happens one person at a time — making a big comeback.

If you do not understand how reduced industrial activity causes abrupt planetary warming, then please conduct research on the aerosol masking effect. You could start by typing the words, “aerosol masking effect” into the search box on this website (no quotation marks needed).

I have thoroughly documented evidence regarding abrupt, irreversible climate change. I have written and spoken at length, always at no charge. Years after the evidence has pointed to abrupt climate change and its obvious outcome for humans, my message has been co-opted by dozens of plagiarists. An additional few thousand people have called me horrible names for promulgating evidence without the obligatory, nonsensical inclusion of hope.

In short, I have sacrificed everything except my integrity and a few relationships in the “battle” against abrupt, irreversible climate change and the ongoing Mass Extinction Event. In response, I have been accused frequently of “giving up” and lying about my own message. I receive daily email messages criticizing my personal choices with respect to housing, generation of electricity, traveling, what I eat, and what I drink. These accusations and criticisms make no sense, yet they do not surprise me, as I pointed out earlier in this space. I continue to take actions far more radical than any other person I know, and I encourage others to do so as well. Yet the baseless accusations keep coming, without provocation, and without supporting evidence.

In promulgating evidence and simplifying complex topics, I have made them accessible to the masses. I have also suggested a path forward for many years: planetary hospice. This idea is finally catching on beyond my own efforts.

I have experienced abundant betrayal and personal attacks too numerous to list. I have responded with periodically updated evidence, first and most abundantly here, then with a summary here, and finally here (I have continued to periodically update the latter piece). Not surprisingly, in a culture dominated by the worship of celebrities rather than appreciation of evidence, confusion has been one common outcome.

My work is appreciated by many grateful people. It is plagiarized and defamed by many more. I have no control over either response, although I occasionally point out a few lines from Viktor Frankl’s 1946 book, Man’s Search for Meaning:

Between a stimulus and a response there is a space. In that space is the power to choose our response. In our response lies our growth and our freedom. The last of human freedoms is to choose one’s attitude in any set of circumstances.

During a few recent interviews I have pointed out that I am providing the relevant stimulus with my evidence-rich, love-based message. I continue this line of thought by indicating that the last of human freedoms includes choosing one’s actions, in addition to choosing one’s attitude.

My partner and I will reduce our production of Edge of Extinction video clips, along with “Mailbag” posts and “Extinction Dialogue” episodes. An endless supply of nonsense rooted in misinformed hatred for me and ignorance of my message provides limitless material. I am growing weary of pointing out the absurdity of the masses, so I will minimize or forgo “Mailbag” posts and episodes of “Edge of Extinction” and “Extinction Dialogues.”

My partner and I might create new videos, including a series of short, livestreamed videos titled, “Fireside Chats.” These videos will focus on our personal response to the ongoing pandemic, the ongoing Mass Extinction Event, and abrupt, irreversible climate change. As pioneers in the discussion of planetary hospice, we are committed to guiding people through the process, which ultimately leads to the gift of accepting the dire evidence.

Future written efforts in this space typically will focus on social criticism rather than the sciences of conservation biology and abrupt, irreversible climate change. I will greatly reduce the time I spend accumulating, collating, and synthesizing evidence on the latter topic. As a result, the interested among you will need to conduct your own scholarship instead of relying on me as your personal search engine.

I will continue to cohost the radio show I founded nearly six years ago, Nature Bats Last, on the Progressive Radio Network. All episodes are archived here for this show, which airs live the first Wednesday of each month at 3:00 p.m. Eastern time.

Tim Bob’s brilliantly edited YouTube clips will be shared in this space. I appreciate Tim’s ongoing, voluntary efforts to condense and popularize my message.

I will continue to deliver presentations upon request, as such activities fit my schedule. Obviously, in light of restricted travel throughout the world, such work will be virtual. I will continue to submit to interviews with people who seem relatively sane (while recognizing that I have overestimated some hosts). Not one of these activities is economically profitable. At least for me, there is no money in extinction. Having not drawn a paycheck for more than 11 years, even my ability to live frugally is no match for the rising cost of remaining alive.

Please do not ask me, much less tell me, to pursue interviews with the corporate media. I have been interviewed by leading media outlets in Canada (CBC), Iran (Press TV), New Zealand (The Paul Henry Show, subsequently renamed The AM Show), and Russia (RT). It is no doubt a coincidence that I — but not my work — have been defamed by the leading mouthpieces of imperialism in the United States (Washington Post, New York Times, and Los Angeles Times) and Great Britain (The Guardian). Professional journalists know that some topics do not sell products. The abundant evidence regarding abrupt climate change leading to near-term human extinction is surely near the top of that list.

Along with the voluntary efforts of my partner and a professional editor, I have produced 30- and 60-second versions of my message. I asked for assistance airing them on network television. So far, there has been no response, despite people often telling me they “are willing to help in every way.”

Lest the careless reader incorrectly believe I am complaining about my personal circumstances, I am compelled to again point out the abundant joy I have discovered in my adventurous, examined life. My happiness is an emotional response to the supreme joy of finding purposes for my life, as well finding my small, loyal tribe. In addition, there is little doubt my deep and frequent thoughts of dying also contribute to my happiness. 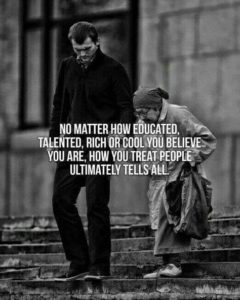