How I Became a Minister of Near-Misses and Close Calls

August 2, 2020
A life is like a garden. Perfect moments can be had, but not preserved, except in memory.
~ Leonard Nimoy’s last tweet

A dear friend recently called me a minister. An atheist minister, I pointed out. Still a minister, she said. One who understands the human condition. One who knows that life ends, with death. One who comforts, with wisdom and compassion.

I thought, “Who am I to argue?” So I didn’t. And I don’t. I call myself a Minister of Near-Misses and Close Calls, if only for today.

Although many of the actions I have taken in my life were conducted to prevent future embarrassment — including, for example, exercising and working for money — loving people has been, and remains, a notable exception. Loving people is difficult. It reveals me for who I am. It is more often embarrassing than comfortable.

How did I become a minister? How did I assume my life’s work as compassionate bearer of the most horrific of messages? It was a long road, marked by many failures. This essay shares a few of the signposts along the rocky road that became my personal history.

The following stories are intimate. They reveal me. I cannot imagine you are interested.

According to a story shared by my parents, I fell out of a car at the age of about two years. The story has me opening the door and leaping from my mother’s lap before landing in a heap at the curb as the car screeched to a halt. I cried. Armed with the flexibility and resilience of a two-year-old, I had no serious injuries.

As it turns out, I was quite adept at attempting to hurt myself. At the age of about three years, Mom left me in our second-story apartment while she took the wet laundry outside to hang on the line. When she returned, she found me sitting in the middle of the stove, between the burners, looking out an open window. Apparently the view from atop the stove was better than the view from the floor, where my brother and sister wisely remained.

Fast-forward to high school, because memories of elementary school and middle school are either lacking or uninteresting. Shortly after my family moved from one small town to another during the summer between my 11th and 12th grades, I was trying to “prove myself” to my new friends. Accompanied by my girlfriend Tammy, I went with Mike and Cindy on a nighttime adventure. We drove to a large railroad trestle poised 287 feet over a small creek and proceeded to walk across the trestle. At about the halfway mark, a six-foot-tall white post marked the county line between Lewis and Nez Perce Counties. It was held about five feet beyond the trestle by two, 2″ pieces of flatiron. We stopped to check it out.

Mike told me that each new kid in town was required to touch his or her nose on the white post. As the naive fool I am, I believed him, and proceeded to walk the proverbial plank. Upon touching my nose to the white post, I realized I could not turn around. Out of options, I walked backwards to the trestle. Safely on solid railroad ties, I turned to see three faces, each as white as the tail of an escaping white-tailed deer. It was then that Mike told me nobody had ever been foolish enough to touch the post, with a nose or any other body part.

Recognizing that I I have shared a couple gun-related stories in this space previously, I will not repeat myself. However, a couple of stories from my senior year in high school further reveal sources of my humility.

I was hunting for deer with my usual brother-in-arms, Jim. We were at one of our favorite locations, at the boundary between a pine forest and a recently harvested wheat field.

A diversion: I carried my Winchester .308 with scope, a rifle I was given at the age of 14 years. After caring diligently for this beautiful firearm for more than four decades, I gave it up when I moved to Belize due to severe restrictions on gun ownership in that Central American country. And now, back to my shaggy dog story.

Friend Jim and I were standing at the boundary between the pine forest and the wheat field. A barbed-wire fence marked the edge of the forest, and we stood slightly behind it. From our place in the shadows, we spotted four white-tailed deer standing in the field. They were about 100 feet away, an easy shot. I took aim at the largest doe, and fired. Fireworks filled my scope. I had hit one of the T-posts holding up the barbed wire. Needless to say, I missed the deer.

The deer ran, of course. Surprisingly, they ran straight at us, stopping only when they were about 20 feet away. I could smell them. I could nearly taste the venison as I took aim again. This time, I had no excuse as I missed the doe even without hitting a T-post. Once the deer ran away and out of sight, I realized Jim was lying on the ground. Laughing uproariously, as I deserved.

I have been entertaining my friends for most of my six decades on Earth. Sometimes I do it purposely.

A few weeks later, Jim and I were a few hundred feet from the scene of my previous mishap. Darkness had recently fallen, and we were headed for my Dad’s 1971 Ford pickup truck to carry us home. Only a few minutes’ walk from the Ford, we heard a baby crying. In the dark. From the forest. We immediately dropped to the ground in sheer terror.

We whispered back-and-forth for 20 minutes. Initially too terrified to stand, we finally convinced ourselves to walk hurriedly to the Ford. We had no idea what the noise was, but we knew we did not want to hear it again.

Upon our arrival home, we told the story to my parents. Dad indicated the sound came from a mountain lion. This diagnosis did little to soothe my feelings. Some 42 years later, with much of my time spent outdoors, the autumn of 1977 remains the only time I have heard that sound.

Less than a year later, I was fighting wildfires in the forests and plains of northern Idaho. I explained my initial near-miss and close call in this space a few years ago. That was hardly the only time my judgment came into question.

Alone at the fire station one summer day at lunchtime, I served as dispatcher and also initial-attack firefighter. Upon receiving a call about a wildfire, I left a note and locked the compound on my way out. I provided further details about 45 minutes later, when the rest of the crew returned to the station. By this time, I was only a few minutes from reaching the fire.

Seeing the large column of smoke, I parked the truck and grabbed a handheld radio and a shovel. A one-quart canteen of water was attached to my belt. Running up the steep hill toward the smoke, I came face-to-face with an irritated rattlesnake. Barely missing stride, I removed the head of the serpent and continued onward. Upward. After only a few minutes of sprinting, I caught my first look at the fire. Visions of overtime sprang to my head.

I tried to quickly walk the perimeter of the fire, without success. It was obviously too big for my shovel and the 300-gallon reservoir of water in the truck. I called the dispatcher for assistance. At the age of 19 years and a few months, I became incidence commander on a fire that raged for days. From my perch in the helicopter, I determined a strategy and gave orders to several retardant-filled air tankers and more than 20 firefighters on the ground. Such a fun experience! Of course, contemporary fires and the ones to come will not seem nearly as pleasant as my youthful misadventures.

Also from the firefighting archives: I caught my hair on fire. My hair extended well beyond my hardhat back in my teenage years. I was falling a tree that had flames shooting out the top. My spotter was as juvenile as I was, so he did not “spot” anything except my hair on fire. We had parked the fire truck a few feet from the tree to be felled, and arranged the truck parallel to the tree. I felled the tree not away from the truck, as planned, but parallel to the truck, and only inches away. Given my skill as a woodsman, I could have just as easily landed the tree on the truck. That would have been awkward.

And one more from the firefighting archives: Our pilot was a Vietnam vet. He had seen serious action, the likes of which made his current job rather mundane. I was in the ship with co-worker Cory as he marked his first time in a helicopter. The pilot asked Cory if he had ever seen Russian star-thistle up close. Cory answered negatively, to my great pleasure. The ship was suddenly sideways, with Cory grasping at air to keep from falling out. The air provided no assistance, but the seatbelts kept Cory onboard. I laughed this time, unlike the time the pilot played that trick on me a year earlier.

My summers as a firefighter were spent between stints in college. I rented a house for a year with two of my firefighting compadres. The rental home had two terraces topped by shrubs (Oriental arborvitae, as I recall). We decided to turn the terraces into gardens, and we debated whether to rake the existing weeds or simply light them on fire. It was a sunny spring day, and we were confident, so we chose the easy route.

The two-alarm fire was impressive, according to the high-school students who watched from across the street. They were walking home from school when the firefighters arrived to douse the blaze that threatened the house we occupied, as well as the one next door. Housemate Dave did not foresee a career in the field of wildfire, unlike housemate Brian and me, so he went to court and took the fall for the three of us. We split the cost of the fine, and again I was lucky.

Good times. Good memories. My privilege was, and is, enormous.

I once tried to make moonshine at the homestead I created in New Mexico. Only after I drank the first few swallows did I bother to read about the entire process of making moonshine. As it turns out, the first few swallows are comprised of methanol. Methanol is lethal. Fortunately, I failed to make anything resembling alcohol, including methanol. I stopped after that first try. On the rare occasion I drink, I consume retail products.

I fell from the top of a 10-foot ladder at the homestead in New Mexico. My head and shoulders landed between three-foot pieces of rebar vertically embedded in concrete to secure the first row of straw bales. Had the ladder been a couple feet in the wrong direction, I would have wished my broken ribs could be traded for a pierced torso and punctured lungs.

So many mistakes. You are fortunate to be able to learn from mine, along with me. 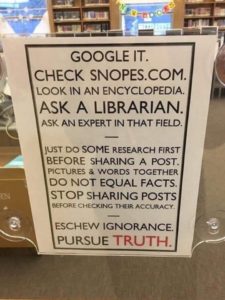