Academic Pursuits has been revised and published after a long delay. My first book-length work of fiction was written in 2000, edited until 2005, and published in 2006. The publisher subsequently declared bankruptcy. The paper edition is described and can be purchased here. The electronic edition is available for purchase here.

In this revised version of Academic Pursuits, I have eliminated references to false hope by the protagonist and corrected typographical and grammatical errors. Big thanks to Mimi German, who graciously proofread the manuscript. The cover has been completely redone by Pauline Schneider, with my thanks.

As indicated in the “Afterword” of Academic Pursuit, virtually everything in the book happened while I spent an academic career on campus. Mine was a wonderful life, a sentiment I have tried to capture in this book.

Indeed, my life was filled with enormous privilege two decades ago, when I spent nearly every day on campus. It still is, albeit without income or the wonderful interactions I experienced with campus life. As one result, I am feeling wistful now that I have abandoned academic life. Chalk up my departure from spending daily life on campus interacting with inquisitive young people as one more for the “mistakes have been made” file.

My previous books, along with my additional writings, can be found here. You can read more about my work here.

Several of my recent books have become expensive and difficult to locate due to bankruptcy of publishers. I have made a major effort to revise and re-release a few of these books within the last two years. I have been writing books long enough to know this is not a money-making endeavor. That is not my motivation, as I explained nearly three years ago in this space. 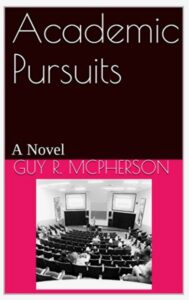 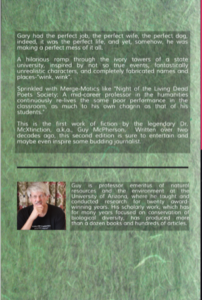