Frontiers in Forests and Global Change, 11 March 2021: Carbon and Beyond: The Biogeochemistry of Climate in a Rapidly Changing Amazon

Drought-induced mortality of trees contributes to increased decomposition of carbon dioxide into the atmosphere and decreased sequestration of atmospheric carbon dioxide. Such mortality has been documented throughout the world since at least November 2000 in Nature, with recent summaries in the February 2013 issue of Nature for the tropics, the August 2013 issue of Frontiers in Plant Science for temperate North America, and the 21 August 2015 issue of Science for boreal forests. The situation is exacerbated by pests and disease, as trees stressed by altered environmental conditions become increasingly susceptible to agents such as bark beetles and mistletoe (additional examples abound).

One extremely important example of this phenomenon is occurring in the Amazon, where drought in 2010 led to the release of more carbon than the United States that year (Science, February 2011). The calculation badly underestimates the carbon release. In addition, ongoing deforestation in the region is driving declines in precipitation at a rate much faster than long thought, as reported in the 19 July 2013 issue of Geophysical Research Letters. An overview of the phenomenon, focused on the Amazon, was provided by Climate News Network on 5 March 2014. “The observed decline of the Amazon sink diverges markedly from the recent increase in terrestrial carbon uptake at the global scale, and is contrary to expectations based on models,” according to a paper in the 19 March 2015 issue of Nature. Finally, according to a paper in the 1 July 2016 issue of Global Biogeochemical Cycles, the 2010 drought completely shut down the Amazon Basin’s carbon sink, by killing trees and slowing their growth.

Tropical rain forests, long believed to represent the primary driver of atmospheric carbon dioxide, are on the verge of giving up that role. According to a 21 May 2014 paper published in Nature, “the higher turnover rates of carbon pools in semi-arid biomes are an increasingly important driver of global carbon cycle inter-annual variability,” indicating the emerging role of drylands in controlling environmental conditions. “Because of the deforestation of tropical rainforests in Brazil, significantly more carbon has been lost than was previously assumed.” In fact, “forest fragmentation results in up to a fifth more carbon dioxide being emitted by the vegetation.” These results come from the 7 October 2014 issue of Nature Communications. A paper in the 28 December 2015 online issue of the Proceedings of the National Academy of Sciences indicates Amazon forest could transition to savanna-like states in response to climate change. Savannas are simply described as grasslands with scattered trees or shrubs. The abstract of the paper suggests that, “in contrast to existing predictions of either stability or catastrophic biomass loss, the Amazon forest’s response to a drying regional climate is likely to be an immediate, graded, heterogeneous transition from high-biomass moist forests to transitional dry forests and woody savannah-like states.” 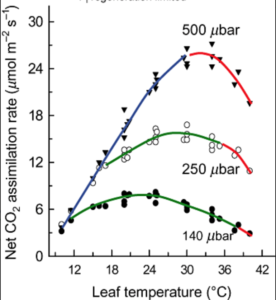 McPherson, Guy R. 2020. Another Voice Crying in the Wilderness: My Homage to Edward Abbey, in three formats:

Signed, inscribed edition (includes postage and handling within the United States). These copies will be signed by the author and inscribed to whom you wish (e.g., “To Bill and Jane …”).