Saturday, 1 May 2021 marks twelve years since I voluntarily left paid employment at a major university. Employed there for 20 years, my paychecks began and ended on the day the rest of the world–sans the Divided States of ‘murica–celebrates workers: the first day of May.

I am often asked why I left such a sweet gig. After all, I enjoyed enormous privilege and commanded great respect as a tenured university scholar. I was acknowledged in my home college as an A+ Advisor during only my third year on campus. I believe I am the only person ever honored with the highest award given by each of the two transdisciplinary colleges at the University of Arizona (Graduate College 2002, Honors College 2009). I am one of the relatively few people–albeit hardly the only one–to achieve the status of full professor before turning 40 years of age. My lengthy resume is replete with scholarly publications, including dozens of refereed journal articles (the “gold standard” by which the process of science creates reliable knowledge). I was granted the honor of Emeritus status upon declining further paychecks from the university at the very young age of 49 years, by which time I had taught and conducted research for more than 20 award-winning years at Texas A&M University, University of Arizona, University of California (Berkeley), Southern Utah University, and Grinnell College (in chronological order). I also squeezed in a year with the non-profit sector as inaugural director of the David H. Smith Conservation Fellows Program. My scholarly work, which has for many years focused on the conservation of biological diversity, has produced more than a dozen books and hundreds of articles.

It was not enough. Access to privilege comes at a cost–often many costs, typically unrecognized by the bearer of privilege–and the costs proved too great for me to continue participating in a fundamentally corrupt system. I knew I was part of a monetary system that was driving the world to ruin. The monetary system did, and does, underlie the abrupt version of climate change driving the ongoing Mass Extinction Event. The monetary disparity painfully obvious in this global, industrial civilization is a repeat performance from other civilizations. Ditto for racism, misogyny, and many other ills resulting from growing, storing, and distributing grains at a large scale.

I wanted no part of the ills of civilization, so I took action. The issue of monetary disparity was not solved by my many radical actions, as indicated in the figure below. 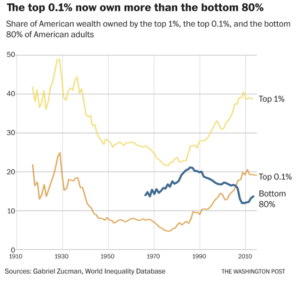 The actions I took included moving off-grid to the wilds of southwestern New Mexico, where I developed a comprehensive set of durable living arrangements in response to the ongoing collapse of the industrial economy and abrupt climate change. The betrayal from those closest to me, notably including family and friends, began the day I left campus to pursue an alternative way of life (and living). Nonetheless, as an anarchist I was compelled to take personal responsibility through my actions. Similar actions on a day-to-day basis continued when I moved to western Belize to pursue additional off-grid adventures. The coordinated defamation campaign followed my arrival in Central America.

Although I left campus life primarily to enhance my own emotional health, I thought my actions would serve as a model for others. The muted response from the masses was disappointing, albeit unsurprising in retrospect. A society comprised of people enamored with money and its privileges can be expected to give up neither money nor privilege “merely” to save a portion of the living planet.

My contemporary work is focused on informing others about topics of importance seldom mentioned by the corporate media. I am sufficiently privileged to be able to continue teaching, albeit using media different from my days on various campuses. I focus especially on delivering information downplayed or ignored by the corporate media, including civilization as a heat engine, the exponential function, and the aerosol masking effect. After all, the error I made in leaving campus life too soon was rooted in my own ignorance of aerosol masking. Perhaps I can encourage others to avoid the fate pointed out by American science-fiction writer Robert Heinlein: “Being right too soon is socially unacceptable.”

I was monetarily conservative enough to save much of the money I earned during my academic career. In addition, I sold the property I developed in New Mexico for a few pennies on the many dollars I spent there. I live in a country that does not acknowledge the existence of monetary poverty, much less attempt to care for its poor. As a result, I have had no insurance for my expenses in the arena of medical/dental/vision/life for many years. I take care of my health and pursue corrective actions on these issues only when absolutely necessary. The Nature Bats Last YouTube channel has been monetized for 17 months and it includes Memberships. The resulting few hundred dollars I earn each month from YouTube represent my primary source of income. The combination of these activities and sources of income, along with the support of people around the globe, allows me to pay my bills (not that the topic of my expenses is anyone’s business except my own).

As explained in the video I released yesterday, we almost certainly do not have three remaining years with industrial civilization intact. Human extinction will follow shortly thereafter due to the rapid rate of environmental change resulting from loss of aerosol masking. I am confident my frugal lifestyle will allow me to see sufficient misery to welcome my own death in the short time remaining for our species.

I will continue to share evidence about the ongoing loss of habitat for human animals, with undoubtedly undesirable results for my personal life tempered by the occasional positive recognition of my work. There are several reasons few other people tell the full truth, including the attendant loss of privilege. Because I have nothing left to lose, I will continue to pound the evidentiary drum.

The many past and ongoing slanderous and libelous acts against me have greatly impaired my ability to reach the masses. This ongoing, coordinated campaign has greatly reduced the number and quality of interviews I am offered by the corporate media. It is the reason I likely will never again be offered a salaried position at any university or college. Finally, this campaign also explains why paid climate scientists, members of most governments, and members of the corporate media present full evidence only very rarely.

Although my privilege has been greatly reduced since leaving campus life, my life as a teacher continues. So, too, do my adventures. 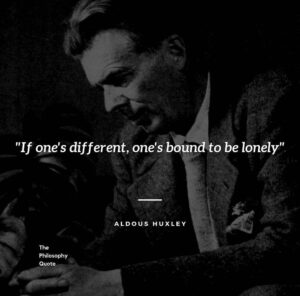