What am I trying to say? The same as before–everything. Nothing more than that.
~ Edward Abbey

The peer-reviewed literature finally acknowledged the ongoing Mass Extinction Event on 19 June 2015 with a paper by conservation biologist Gerardo Ceballos and colleagues in Science Advances titled, “Accelerated modern human–induced species losses: Entering the sixth mass extinction.” Coincident with release of the paper, lead author Ceballos said, “life would take many millions of years to recover, and our species itself would likely disappear early on.” This conclusion is supported by subsequent work indicating that the living planet did not recover from prior Mass Extinction Events for millions of years.

The latest paper by Ceballos and colleagues on this topic was published in the prestigious Proceedings of the National Academy of Sciences on 16 June 2020: “Vertebrates on the brink as indicators of biological annihilation and the sixth mass extinction.”

The rate of environmental change is reportedly 10,000 times faster than vertebrates can adapt, according to a paper by Quintero and Wiens published in Ecology Letters on 26 June 2013.

Mammals cannot keep up, either, as reported in a paper by Davis and colleagues published in the Proceedings of the National Academy of Sciences on 30 October 2018.

Burke and colleagues reported in the Proceedings of the National Academy of Sciences on 26 December 26 2018 that the best analog for the future is the Pliocene. This paper uses the IPCC’s Representative Concentration Pathways in concluding that we are headed for the Pliocene as early as 2030. The Representative Concentration Pathways ignore dozens of self-reinforcing feedback loops and the aerosol masking effect. The mid-Pliocene was at least 2 C warmer than today. This stunningly rapid rate of environmental change indicates vertebrate mammals will not survive.

A paper in the 8 April 2020 issue of Nature projects that the collapse of ocean ecosystems will begin during the decade of the 2020s. The paper uses the IPCC’s conservative Representative Concentration Pathways:

We project that future disruption of ecological assemblages as a result of climate change will be abrupt, because within any given ecological assemblage the exposure of most species to climate conditions beyond their realized niche limits occurs almost simultaneously. Under a high-emissions scenario (representative concentration pathway (RCP) 8.5), such abrupt exposure events begin before 2030 in tropical oceans and spread to tropical forests and higher latitudes by 2050. If global warming is kept below 2 °C, less than 2% of assemblages globally are projected to undergo abrupt exposure events of more than 20% of their constituent species …

The ongoing rate of environmental change is proving too rapid for vertebrates and mammals to adapt, and it is underlain by a high level of industrial activity. Yet a reduction in industrial activity also drives up the global-average temperature as a result of loss of aerosol masking. This conundrum presents us with the paradox described briefly here.

Earth is already losing habitat for human animals around the planet. A paper by Colin Raymond and colleagues published in Science Advances on 8 May 2020 concludes Earth has surpassed lethal wet-bulb temperatures in tropical and subtropical areas around the globe. The paper is titled, “The emergence of heat and humidity too several for human tolerance.”

Models underestimate the rate of climate change in the Arctic region, according to a paper in the 29 July 2020 issue of Nature Climate Change. The Arctic is a harbinger for Earth.

Maslowski and colleagues incorrectly projected an ice-free Arctic in 2016 + 3 years in their paper published in the 2012 issue of Annual Review of Earth and Planetary Sciences. The rate of environmental change resulting from such an event would likely lead to the loss of all life on Earth.

After all, biologists Strona and Bradshaw found that a 5 to 6 C global-average rise in temperature would cause the extinction of all life on Earth. Their paper was published 13 November 2018 in Scientific Reports and was titled, “Co-extinctions annihilate planetary life during extreme environmental change.” The paper includes the following information: “In a simplified view, the idea of co-extinction reduces to the obvious conclusion that a consumer cannot survive without its resources. … the removal of resources could result in the cascading (bottom-up) extinction of several higher-level consumers.”

There are additional means by which we could lose all life on Earth. Extrapolating from a paper by Mousseau and Møller published in the 8 May 2020 issue of Frontiers in Plant Science, the uncontrolled meltdown of the world’s nuclear power plants is likely to cause the death of all plants. Because plants serve as the base of the food web, species that rely upon plants – which is essentially all other species – will go extinct in the wake of the meltdown of nuclear power plants. The paper by is titled, “Plants in the Light of Ionizing Radiation: What Have We Learned From Chernobyl, Fukushima, and Other ‘Hot’ Places?”

Schouw and Pauli wrote, “Jetwash-induced vortices and climate change,” which refers to commercial air travel and was published in Earth and Space Sciences Open Archive on 3 August 2020. The abstract includes the following: “Because this traffic is highly concentrated along the most frequently traveled routes, the vortices aircraft create have transformed into semi-permanent atmospheric circulation which have widespread effects on how the atmosphere traps and releases heat. It is also possible that these changes alter the loss of water from the atmosphere. This would endanger all life on earth, not just the human population.” 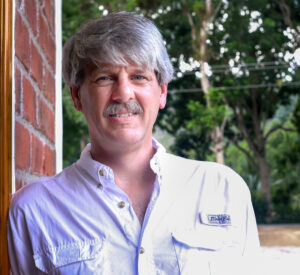 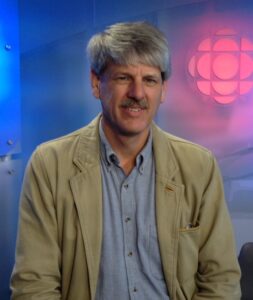 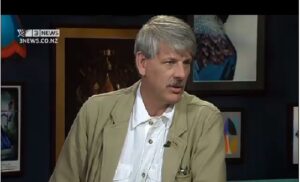 I will not submit to interviews with amateurs without a contractual agreement. I offer my work freely, as a public service. I am a professional and I expect to be treated accordingly. Too frequently, recorded interviews disappear without notice or form the basis for defamatory statements. If you are not associated with a credible media organization, then the following information applies to you. Making an interview with me available to the public acknowledges your consent of the following information.

Each prospective interviewer must agree to the following:

If you are not associated with a credible media organization, then please indicate that you are familiar with this information before recording begins. For example, the message containing your inquiry for a recorded conversation can include acknowledgment of the items listed above.